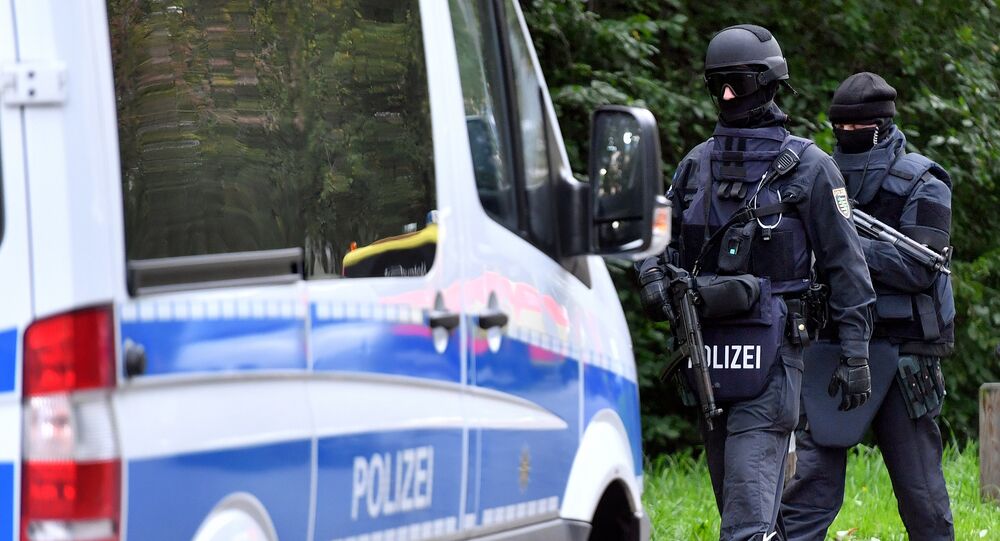 BERLIN (Sputnik) - A new anti-migrant rally will be held in the southeastern German city of Chemnitz, as a 22-year-old German national was killed late on September 8 in a clash with a group of Afghan citizens, the Pro Chemnitz right-wing movement has announced.

The German national was fatally stabbed in the city of Kothen, located in the Saxony-Anhalt state. The German Bild newspaper reported, citing local police and prosecutors, that two suspects, both Afghan citizens, had been detained.

"The madness goes on! The Germans are slaughtered everywhere like cattle, we can't let this happen! Everybody come to the Karl Marx monument [in Chemnitz] on Friday," Pro Chemnitz posted on Facebook.

According to Bild, the suspects engaged in a row with another Afghan citizen and a German woman at a playground. When two other German nationals approached them, a fight erupted, which resulted in heavy injuries for the 22-year-old who later died in hospital. The victim's brother has reportedly been tried over his right-wing stances.

© Sputnik / Stringer
'Get Out, Jewish Pigs': Restaurant in Chemnitz Survives Anti-Semitic Attack
On August 26, 35-year-old German national Daniel Hillig was stabbed to death in a fight. An Iraqi and a Syrian citizen have been detained on suspicion of murder. The case prompted several rallies in Chemnitz, during which a number of right-wing radicals called for the deportation of all the illegal migrants.

The protests have reportedly left 18 people injured, while hundreds have been detained.

On Monday, German Chancellor Angela Merkel condemned the rallies as promoting violence, while her spokesman Steffen Seibert voiced his support to Merkel's stance, slamming the protest actions as an attempt to divide the country.