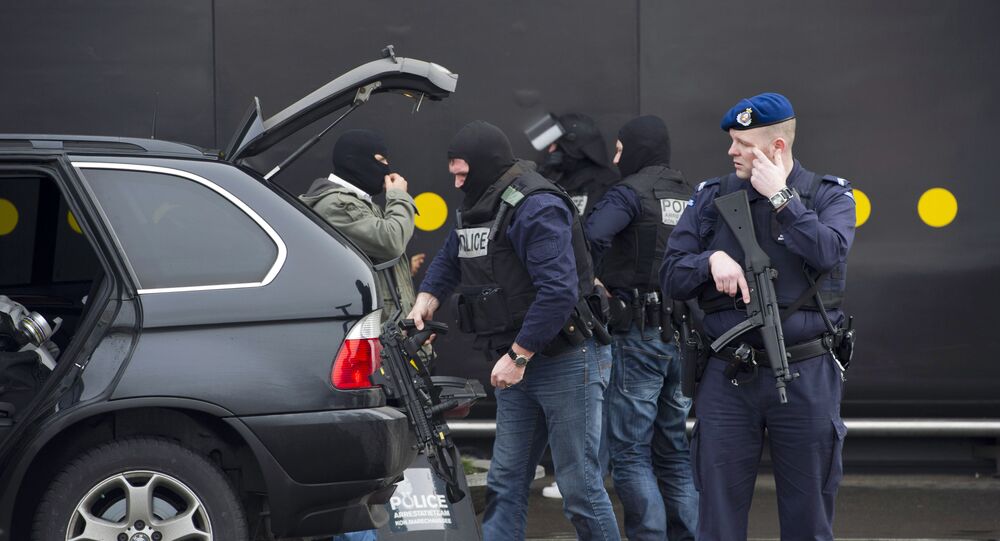 ANTWERP (Sputnik) - Security measures in the Belgian city of Antwerp have been increased ahead of the arrival of Dutch lawmaker and leader of the right-wing Party for Freedom Geert Wilders, a Sputnik correspondent reported.

The correspondent reported that Wilders was immediately surrounded by a crowd of people and journalists upon his arrival at Vogelenmarkt square in the city center. The politician's bodyguards and police had a hard time to hold people back, with the police officers pushing away several reporters.

According to the correspondent, one of the photographers was brought away by the police, after he refused to leave the square at their request.

© AP Photo / Phil Nijhuis
Dutch MP Geert Wilders Cancels Prophet Muhammad Cartoon Contest After Threats
Dutch lawmaker and leader of the right-wing Party for Freedom Geert Wilders, who opposes mass migration and is known for his anti-Islamic views, is set to partake in a pre-election event held by the Belgian right-wing and nationalist party Flemish Interest. The latter calls for curbing the number of migrants arriving in the country as well. The city authorities have expressed concern that the politician's visit might provoke incidents.

Wilders also gave a short press briefing before getting to the square, where he was greeted with applause. Police, as well as a helicopter, is currently surveying the area, with no incidents reported so far.

© AP Photo / Yves Logghe
Dutch MP Geert Wilders Launches Election Campaign by Calling Immigrants 'Scum'
On Tuesday, the Dutch police arrested a man, who reportedly threatened to kill Wilders in a Facebook post after the politician announced a competition, which involved drawing a cartoon image of the Islamic prophet Mohammad. The prosecutors said that the suspect had a Pakistani passport with him when he was detained.

On Thursday, Wilders confirmed that the contest had been canceled over mass protests in Pakistan, saying on his Twitter that "the safety and security of my fellow countrymen come first."