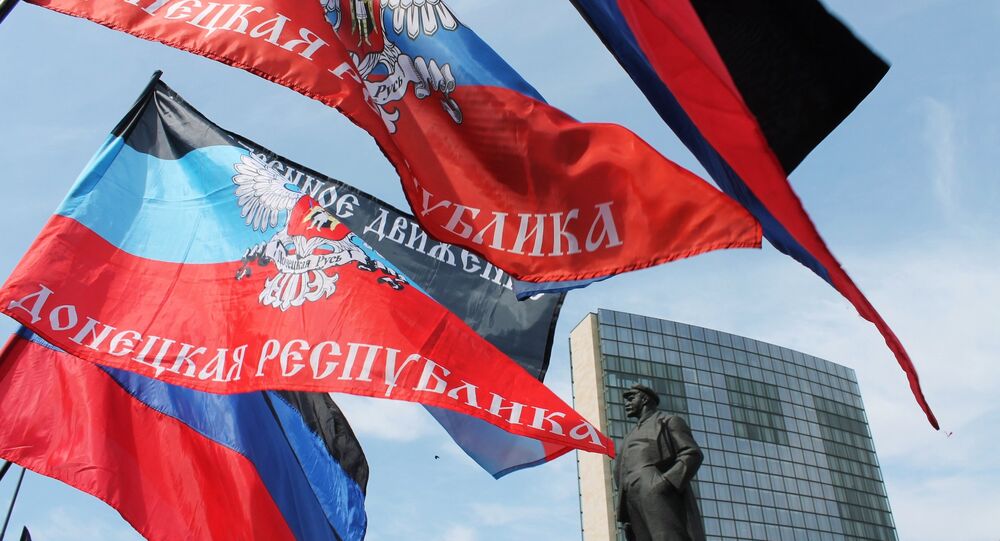 "We have already revealed the initiator — that is the Special Operations Forces. We are likely to name the head of the [assault] group and responsible officer of this structure in the near future," Kazakov said.

He pointed out that several suspects had been detained and already made confessions.

"That was a shell-less explosive device, with the main principle of operation being an explosive wave and fire. The explosion occurred when they [Zakharchenko and others] entered the cafe. The first man, who entered the cafe, was a bodyguard, he was immediately killed. Alexander Vladimirovich [Zakharchenko] was the second, he was followed by one more bodyguard and DPR Finance Minister Alexander Timofeev," Kazakov said.

© Sputnik / Grigoriy Sisoev
Boost of Sanctions by US Pushes Russian-US Relations Into Stalemate – Lavrov
The Ukrainian security forces may launch an offensive on the eastern Ukrainian region of Donbass on September 14, Eduard Basurin, the deputy commander of the DPR Operational Command, said.

He pointed out that the information about the future offensive had been confirmed by data obtained from downed Ukrainian drones.

"Our intelligence has revealed the deployment of a Ukrainian security forces' combat group in the direction of Mariupol under the guise of Storm-2018 drills," the official said.

Basurin noted that on the threshold of the possible offensive, Kiev had intensified informational pressure on Donbass accusing the people's republics of more and more shelling attacks.

"Our units are on high alert and are ready for any development, up to launching the counterattack in case of an enemy offensive," he said.

Basurin also called on Western countries to get involved in the situation and prevent the Ukrainian authorities from escalating tensions in Donbass.

Zakharchenko was killed in a bomb blast at the Separ cafe in downtown Donetsk on August 31. DPR Finance Minister and Deputy Prime Minister Alexander Timofeev, who accompanied Zakharchenko, is in serious condition in a hospital.

© AFP 2021 / DIMITAR DILKOFF
Eleven Casualties in Blast that Killed Donetsk People's Republic Leader Alexander Zakharchenko
According to the DPR Emergencies Ministry, two people were killed and 11 more were injured by the blast. Six of those wounded were hospitalized. A DPR lawmaker told Sputnik that apart from Zakharchenko his bodyguard had been killed in the blast.

The Russian Foreign Ministry and DPR officials have said that Kiev was behind the assassination. The Security Service of Ukraine (SBU), for its part, has said it was not involved in the murder.