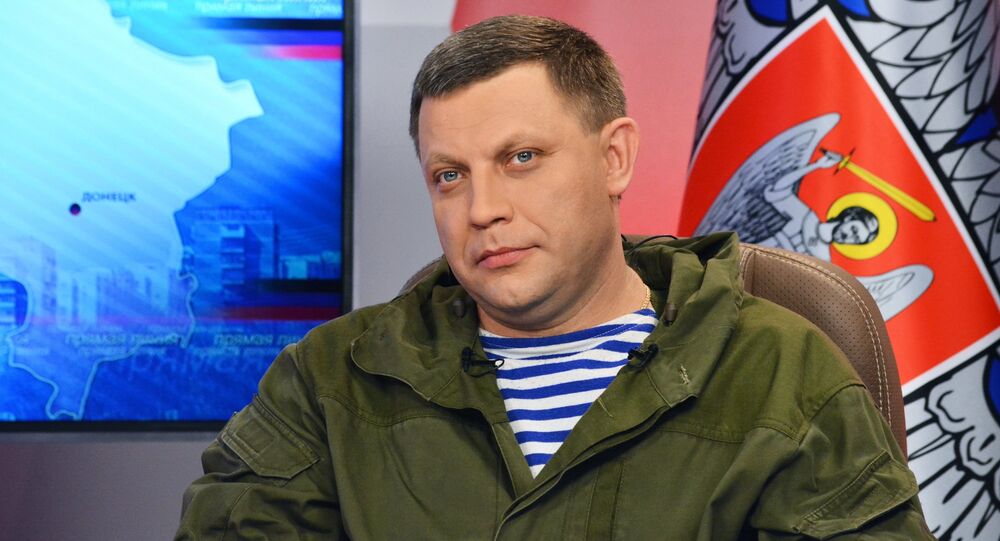 "We have taken all the necessary measures to boost security, we have introduced the high alert regime for units of the people’s militia, and units of the Ministry of State Security, Interior Ministry and Public Prosecutor’s Office are also on high alert," Pasechnik said.

The acting leader pointed out that the situation in the LPR was fully controlled by the authorities.

"We have nothing to fear, the situation is stable, under full control [of the authorities]. We are taking all measures to keep the situation in our area calm," Pasechnik added.

© Sputnik / Alexey Kudenko
Acting DPR Leader Vows to Push for Integration with Russia
Zakharchenko was killed in a bomb blast at the cafe Separ in downtown Donetsk on August 31.

DPR Finance Minister and Deputy Prime Minister Alexander Timofeev, who accompanied Zakharchenko, is in serious condition at a hospital.

The Russian Foreign Ministry and DPR officials said that Kiev was behind the assassination. The Security Service of Ukraine (SBU), for its part, has said it was not involved in the murder.