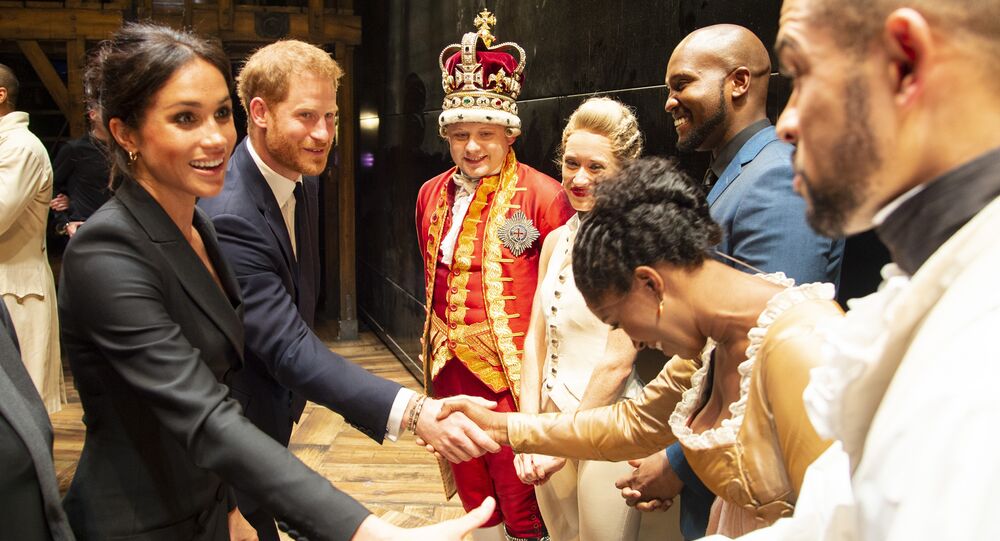 The Duke of Sussex appears to have tried another walk of life, in addition to his all-embracing military training, including taking part in an operation in Afghanistan, and has apparently garnered points judging by the crowd's exaltation.

London’s theater-goers enthusiastically applauded as Prince Harry, who attended the Broadway musical “Hamilton” the other day at London’s iconic West End, joined the show, singing a few lines from a song by the George III, one of the characters, who happens to be Harry’s sixth-great-grandfather.

The showing was a charity performance aimed at raising funds for the Duke of Sussex’s Sentebale, which deals with HIV-affected  patients, orphans and other vulnerable children among others, with the duke turning up at the theatrical event accompanied by his wife, Meghan the Duchess of Sussex, and the show’s creator, Lin-Manuel Miranda.

The “Hamilton” cast, including Miranda, earlier spoke out publicly against the Trump administration, at one time sending jabs at US Vice President Michael Pence as he watched the show, telling him to take into account the country’s values.

Although Pence said he “wasn’t offended” at the time, President Trump lambasted the cast following the incident, noting that the group was “harassing” the second most important person in the country. Separately, the “Hamilton” actors came on stage back in 2016 to raise money for the campaign of Trump’s rival, then presidential candidate Hillary Clinton.