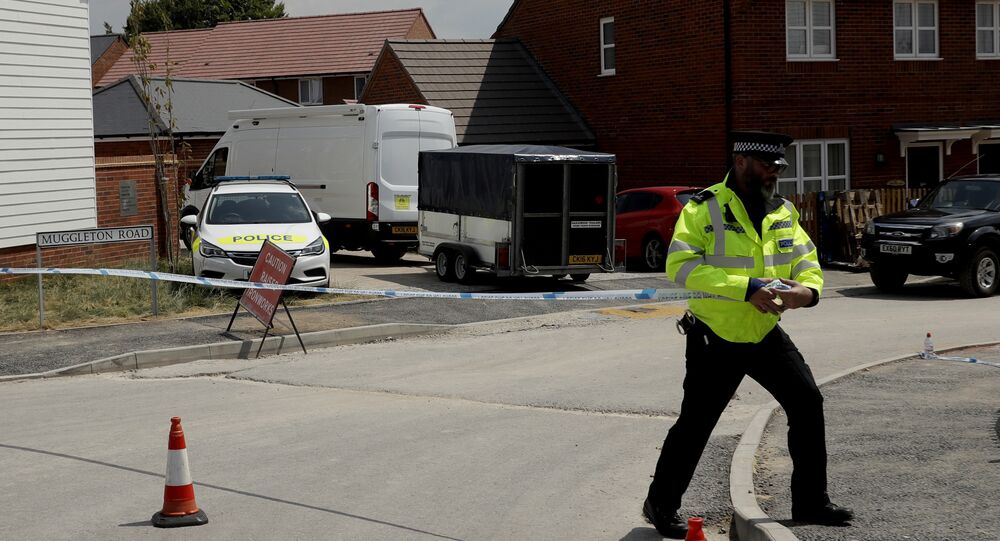 According to Rowley's brother, Charlie hasn't fully recovered from what the UK authorities are calling the "Novichok" nerve agent, which killed his girlfriend last month and poisoned ex-Russian intelligence officer Sergei Skripal and his daughter in Salisbury in early March.

Charlie Rowley, a British national who was allegedly poisoned by a nerve agent in Amesbury, is battling meningitis in the intensive care unit, his brother Mathew said in an exclusive interview with The Sunday People tabloid, citing a nurse in charge.

"It looks like he got it from his body being run down by the Novichok. I think he got released too early," he added.

Last Friday, Rowley had vision problems and was rushed by ambulance to the hospital where he and his partner, Dawn Sturgess, were treated for alleged Novichok exposure.

"He was in a bad way and I wasn't sure he was going to make it. All of his systems seemed to be shutting down," Mathew claimed. "I don't know much about meningitis, but it shuts down the organs and you can lose limbs and different things."

Charlie Rowley, 45, and Dawn Sturgess, 44, were found unconscious at Rowley's home in Amesbury on June 30. Dawn never regained consciousness and passed away on July 8; her boyfriend was discharged from the hospital after three weeks of treatment. Later on, he told the media that he had unwittingly picked up a contaminated sealed perfume bottle. He then gave it to his partner who sprayed the liquid onto her wrists, exposing the pair to a lethal dose.

The Amesbury couple came into contact a nerve agent, later identified by the UK researchers as "Novichok", the same nerve agent that allegedly struck down former Russian spy Sergei Skripal and his daughter in neighboring Salisbury in early March. A number of high-ranking UK officials, including Defense Secretary Gavin Williamson and Security Minister Ben Wallace, have claimed that the poison came from Russia, though no evidence supporting the claims was ever presented. Britain's Home Secretary Sajid Javid has accused Moscow of using Britain as a "dumping ground" for poison.