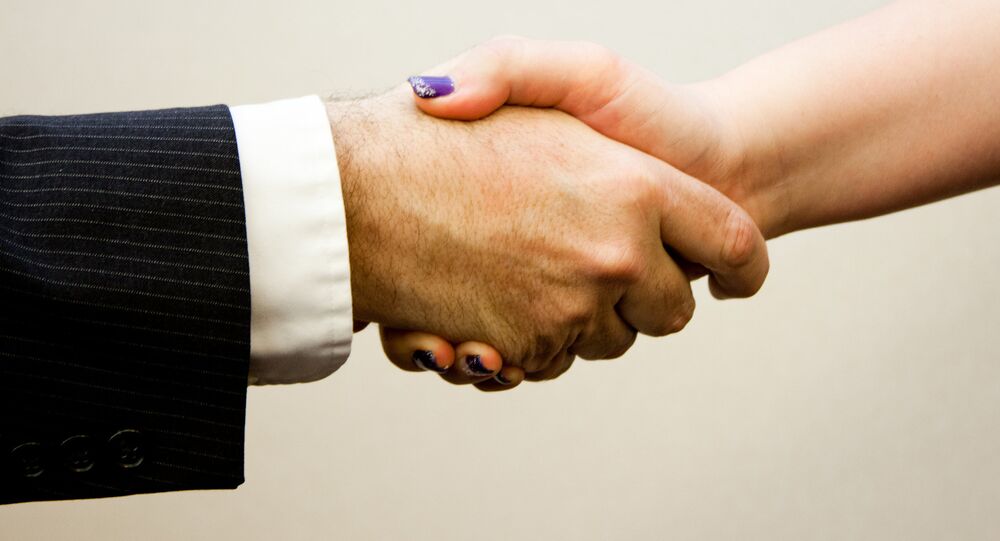 According to the local officials, the bid was blocked due to the couple's "lack of respect for gender equality." In a similar episode two years ago, two Syrian brothers who refused to shake hands with female teachers sparked a national outrage in Switzerland.

The authorities of Lausanne, a city in southwest Switzerland, have denied a Muslim couple's citizenship bid over their refusal to shake hands with people of the opposite sex.

A three-member commission blocked the application, citing their "lack of respect for gender equality," Lausanne mayor Gregoire Junod said, as quoted by AFP. The two have also struggled with answering questions asked by members of the opposite gender.

According to the mayor, freedom of belief and religion, which is enshrined in the laws of the municipality, doesn't contradict the commission's decision.

Vice-mayor of Lausanne, Pierre-Antoine Hildbrand, told AFP that he was "very satisfied with the decision" to block the Muslim couple's bid. "The constitution and equality between men and women prevails over bigotry," he said.

The refusal of Muslim men and women to shake hands with people of the opposite sex has been a contentious issue in Europe, including in Switzerland. In 2016, a Swiss school allowed two students, brothers from a Syrian immigrant family, not to shake their female teachers' hands after they claimed that it was against their beliefs.

The news ignited public outrage in Switzerland, with people claiming that the exemption ran counter with the long-standing Swiss tradition of students shaking their teachers' hands as a sign of respect. Regional authorities quickly overruled the school's decision, while the citizenship process for the family of the boys was suspended.

Indonesia's Muslim Council Supports Ankara Amid Tensions With US - Reports