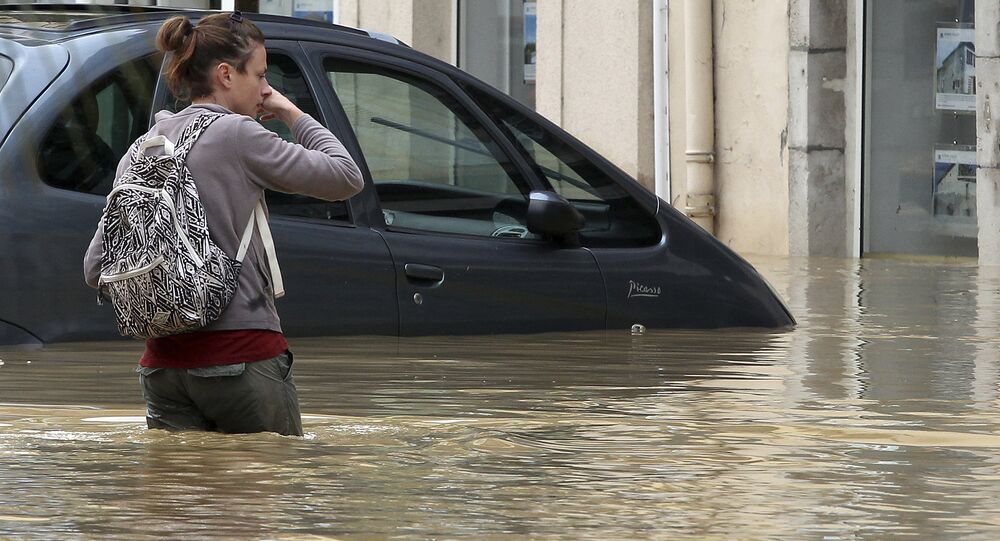 Police have found an empty vehicle in which a man is thought to have sought shelter; it had been swept away by a river. Hundreds of vacationers have been evacuated from southern France after flash floods ripped through the region.

Officials believe that the 70-year-old, who reportedly helped supervise a group of 100 German children in one of the camps, sought shelter in his caravan, which was swept away when muddy water burst the banks of the nearby Ardèche River.

The wrecked camper was found empty near the river, police said; divers are taking part in search-and-rescue operations.

According to the French Interior Ministry, helicopters and rescue workers evacuated 1,600 people from the Gard region, including 750 people from five campsites, after heavy rains swelled the Cèze and Ardèche rivers in southern France this week. Four people are receiving medical treatment; one is suffering from hypothermia and three others from minor injuries, the local media report.