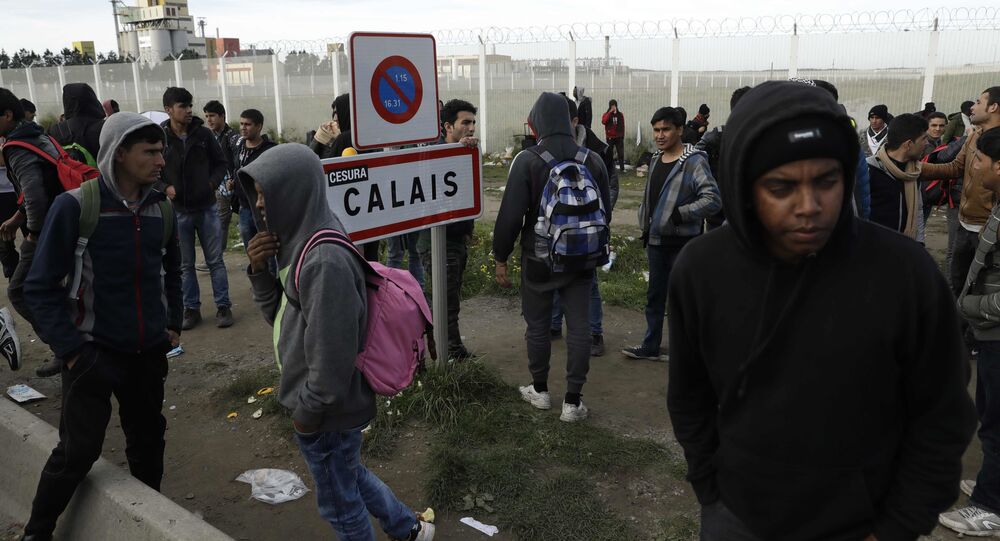 MOSCOW (Sputnik) - French authorities have been ignoring claims that volunteers working with migrants in the city of Calais, located near the English Channel, have repeatedly been intimidated and assaulted by police, the French Auberge des Migrants charity, operating in the area, told Sputnik.

"The authorities and the police deny it even today. They deny that it exists and all different groups support each other in denying, what the others were doing. We had called the National Police General Inspection before this report was released and they basically said that maybe these situations happened, but there was no actual proof. They basically said that they did not want to be bothered with such allegations despite the testimonies," an Auberge des Migrants representative told Sputnik.

The charity added that taking into account the authorities' stance on the topic, it did not expect that an investigation would be launched into the issue of the police bullying of volunteers.

On Wednesday, the charity, together with French Utopia56 and Refugee Info Bus NGOs and the UK Help Refugees charity, released a report about nearly 650 cases of police harassment of aid workers in Calais and its surroundings between November 1, 2017, and July 1.

© AP Photo / Michel Spingler
French Police Clashing With Migrants in Calais: Four Injured - Reports
The charities' report, based on the testimonies of 33 volunteers working in Calais, said that the police had systematically subjected volunteer workers in Calais to identity controls, searches, threats, verbal and even physical abuse. According to the paper, it is difficult to report the cases of harassment due to the fact that police officers are often hardly identifiable and do not have their reference numbers, which, in fact, guarantees their impunity.
...
Reddit
Google+
Blogger
Pinterest
StumbleUpon
Telegram
WhatsApp
30

Berlin Agreed With Madrid to Return Some Migrants From German Border