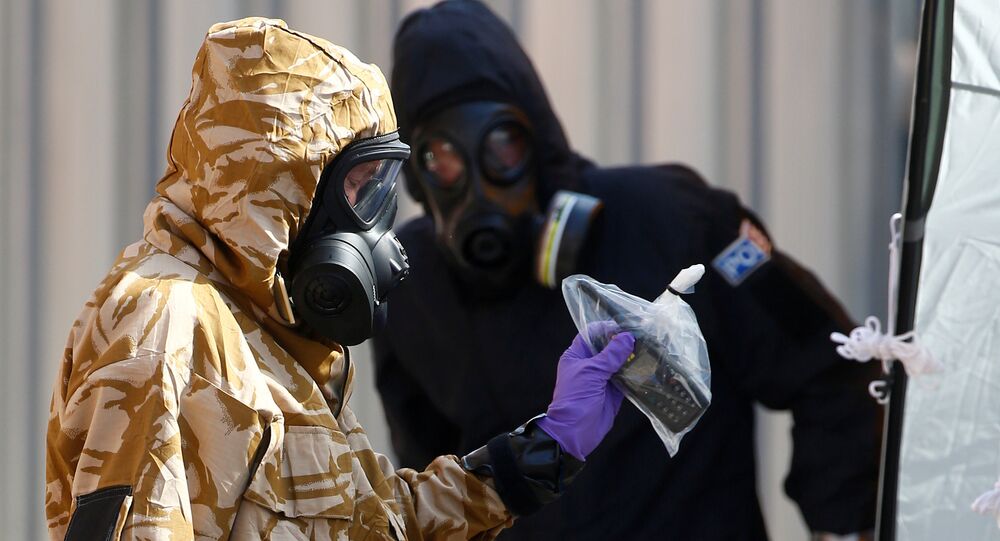 Earlier this week, Charlie Rowley’s brother alleged that the A-234 nerve agent was purportedly found at the victims’ house in Amesbury in a perfume bottle.

Shortly before Charlie Rowley was discharged from the hospital after allegedly being exposed to a nerve agent, he told his brother Matthew that he had broken the bottle, ostensibly containing the toxic substance.

“He told me that they found something that looked like a perfume bottle. Dawn [Sturgess] sprayed what was inside it on both her wrists and rubbed them together, like you do when you’re trying perfume. Charlie said she then gave the bottle to him and somehow it splintered or broke in his hands. That’s how he must have got contaminated,” Matthew told The Sunday Telegraph.

The outlet cited him as saying that he was relieved to learn that Charlie was no longer in critical condition, and stressed that his brother was “really angry” over the death of his partner, Dawn Sturgess, who was  the second victim of the alleged poisoning.

“I was so thankful when they told me he had regained consciousness and was getting better and to talk to him on the phone at the hospital was such a relief. I’m his older brother and I was so worried he was going to die. Charlie is so angry about what happened to Dawn. Really angry. He was fond of her and his daughter got on with hers. They were like a family to him,” he said.

The bottle in question was discovered by the Metropolitan Police slightly over a week ago, during a search of Rowley’s house in Amesbury, with the BBC citing Matthew Rowley as saying that Charlie had picked up the bottle.

“On Wednesday, July 11, a small bottle was recovered during searches of Charlie Rowley’s house in Amesbury. Scientists have now confirmed to us that the substance contained within the bottle is Novichok,” the police statement said.

© Sputnik / Justin Griffiths-Williams
Charlie Rowley Released From Hospital After Amesbury Incident
On June 30, Charlie Rowley and Dawn Sturgess were rushed to the hospital after collapsing at their home in Amesbury, located several miles away from Salisbury where former Russian spy Sergei Skripal and his daughter Yulia were found in a similar condition in March.

Sturgess later died in the hospital on July 8, whereas Rowley regained consciousness on July 10, and was released 10 days later.

Researchers have yet to determine whether the substance allegedly contained in the bottle was from the same batch that had purportedly been used against the Skripals. Earlier this month, the UK requested the Organization for the Prohibition of Chemical Weapons’ (OPCW) assistance in the probe of the incident.

“The OPCW team collected samples. The samples will be sent to two OPCW designated laboratories and once the results of the analysis are received, the report will be submitted to the United Kingdom. The team completed its initial work and returned today, 18 July, from the UK,” the OPCW’s press release read.