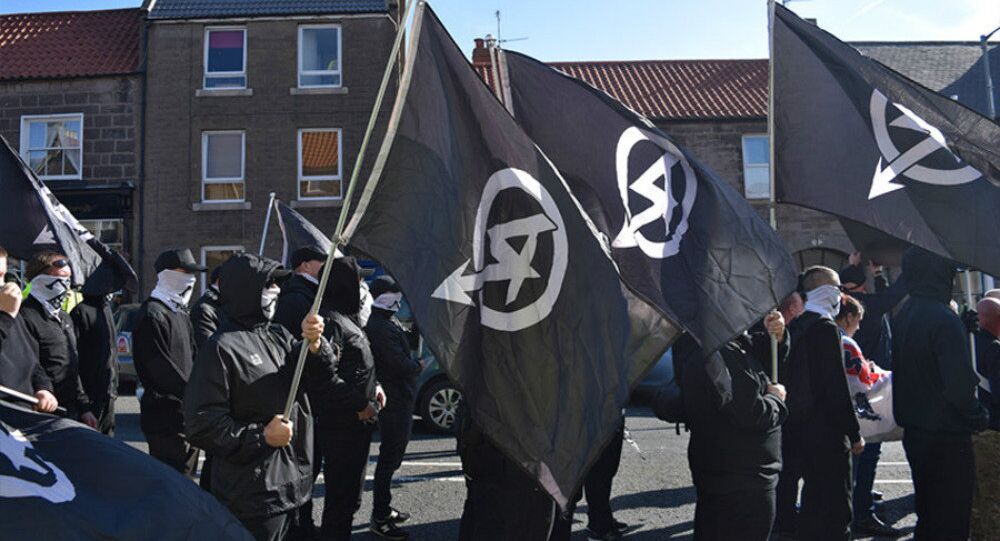 The former leader of National Action Chris Lythgoe, 32, was jailed for eight years on Wednesday, July 18, and Matthew Hankinson, 24, from Newton-le-Willows, Merseyside, was jailed for six years.

Two men have been convicted of membership of National Action, a far-right organization which was banned by the UK government in 2016. Another man admitted midway through the trial he had plotted to murder a Labour MP with a machete.

Jack Renshaw, 23, from Skelmersdale, Lancashire, pleaded guilty to preparing acts of terrorism and making threats to kill a police officer. He bought a machete and planned to kill Rosie Cooper, the MP for West Lancashire, and a police officer against whom he bore a grudge.

Lythgoe tried to persuade him to target then Home Secretary Amber Rudd — who had proscribed the organization — but said if he did attack Ms. Cooper he must make sure he did not "f*** it up."

The key prosecution witness at the trial at London's Central Criminal Court, or Old Bailey, was Robbie Mullen, 25, who became disillusioned with the group and reported them to the pressure group Hope Not Hate, for whom he now works.

She was recently target of a neo-Nazi murder plot. More here:https://t.co/3WWBR5ocaZ pic.twitter.com/WdDkVXQidk

​National Action, a neo-Nazi group, was banned by the UK government in December 2016 after it praised Thomas Mair, the extremist who murdered Labour MP Jo Cox a few days before the Brexit referendum.

Very very good to see our friend and colleague Rosie Cooper in her place today — she’s shown huge bravery in the face of evil. @hopenothate #PMQs

​They included "the idea that this country should be purged of its ethnic minorities and its Jews; that the rule of law should be subverted; and that once the ideological revolution had taken place this national socialist world view would triumph," said the judge.

On November 23, 2016 National Action quoted Mair's words: "Death to traitors, freedom for Britain!" shortly after he was jailed for life.

Two men have been found guilty of membership of the banned neo-Nazi group National Action. Christopher Lythgoe, 32, from Warrington, and Matthew Hankinson, 24, from Newton-le-Willows, Merseyside, were convicted by Old Bailey jurors after a trial lasting over five weeks

Several members of National Action continued to meet up in a pub, the Friar Penketh, in Warrington, near Manchester, in the spring and summer of 2017 and occasionally did martial arts training.

Lythgoe's barrister, Crispin Aylett QC, said they were "just some blokes with extreme views meeting up in a pub and doing some boxing together."

But the prosecution pointed out they had discussed stirring up a "white jihad" and were clearly intent on keeping National Action going.

Labour MP Rosie Cooper chokes up as she thanks Commons for its support. She was victim of attempted murder plot by far right.

​Mr. Mullen began secretly recording conversations between the group in the pub and then leaked these to Hope not Hate, who passed them on to the police.

​In one recording Lythgoe was heard suggesting Renshaw attack Ms. Rudd instead of Ms. Cooper, who was merely an Opposition backbencher.

"I mean you can hack away all you like," Lythgoe told Renshaw, after the younger man insisted he was going to target Ms. Cooper.

Jurors also heard an audio recording of a speech Renshaw made in 2016 when he said Adolf Hitler was "right in many senses" and described "the Jew" as "nature's social vermin" which "needs to be eradicated."

WATCH: Greater Manchester Police speak outside the sentencing of Christopher Lythgoe and Matthew Hankinson who were part of banned far-right group National Action. Lythgoe has been jailed for eight years and Hankinson for six. pic.twitter.com/5oDywbjTJz

​"This is an eternal, a righteous and a holy war, and we need to show the Jew that this time it's for real. They don't have to fake it," Renshaw had said.

He targeted police officer Victoria Henderson, who was investigating him for suspected child grooming offenses.

Lythgoe was acquitted of encouragement to murder for allegedly giving Renshaw permission to kill Ms. Cooper.

The jury was unable to reach a verdict on whether Renshaw, Michal Trubini, 35, from Warrington and Andrew Clarke, 33, from Prescot, Merseyside, had remained members of National Action.

A sixth defendant, Garron Helm, 24, from Seaforth in Merseyside, was found not guilty of being a member of National Action.

"I would like to thank everyone involved in this case, especially the counter-terrorism police, for keeping me, my staff and the public safe. There remains an ongoing criminal investigation so it would not be appropriate for me to comment further," said Ms. Cooper in a statement released after the end of the trial.