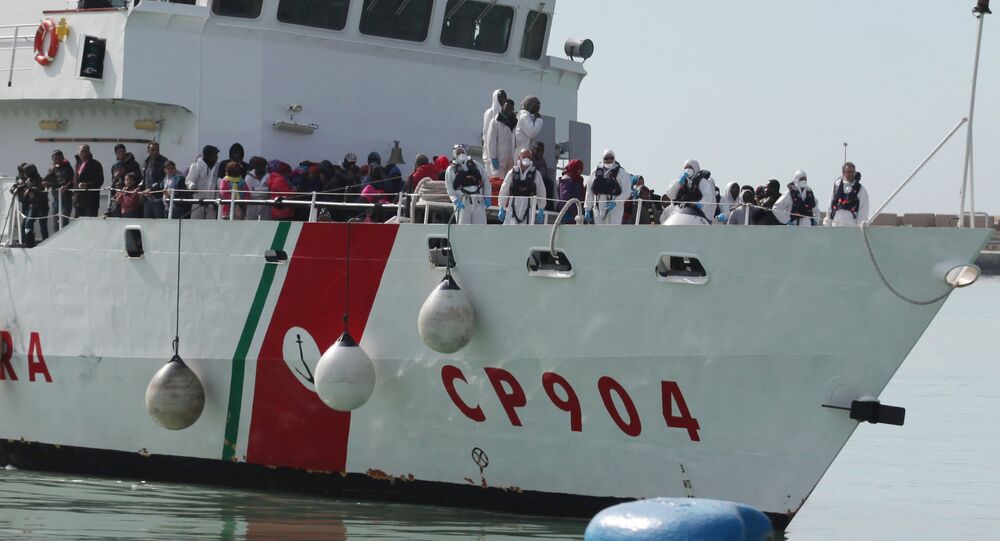 A boat full of migrants rescued at sea was brought to port in Trapani, but the interior minister blocked the disembarkment, citing the alleged violence of one of the migrants.

Italian interior minister and head of the right-wing party Lega Nord (Northern League), Matteo Salvini has said that he met the prime minister's move to release 67 migrants from the coast guard boat Diciotti with "regret and amazement," Reuters reported. The release came after Italian President Sergio Mattarella made a phone call regarding the issue of the migrant boat to Prime Minister Giuseppe Conte.

Previously, Salvini had ordered the coast guard boat to be held at the port of Trapani with all migrants kept on board, citing concerns that one or several of them could have been involved in violent acts. After the order to release the migrants came, Salvini commented it on Twitter, clarifying that he simply wanted to understand who had arrived on the ship and whether they posed a security threat. He further stressed that if somebody that arrived with the Diciotti commits a violent crime, "someone will have to pay."

Diciotti arrived at port with the permission of Transport Minister Danilo Toninelli, a member of the Five Star Movement, the coalition partner of Lega Nord, after taking aboard 67 migrants from another Italian ship, the Vos Thalassa, which had reportedly saved them near the Libyan coast following a shipwreck. It is alleged that several of the migrants had threatened the crew of the Vos Thalassa, forcing the vessel to turn away from the Libyan coast guard, instead calling for the Italian one.

Salvini has ordered an investigation into the incident to determine who the "troublemakers" on board Diciotti were. Police officers boarded the vessel to question the migrants, but have so far not published any details of the case.