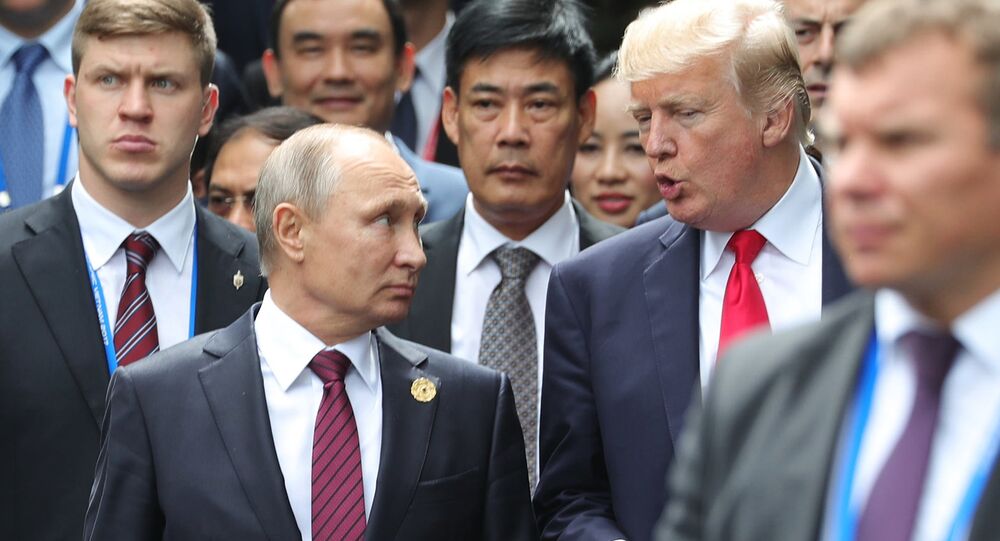 According to the Finnish Border Guard, the aim of the proposed four days of inspections is to keep out those whom the Finnish authorities regard as a threat to security or public order.

The Finnish Interior Ministry aims to propose re-introducing passport checks for passengers from within the pan-European Schengen free movement area during the visit of US President Donald Trump and his Russian counterpart Vladimir Putin, the daily newspaper Helsingin Sanomat reported.

According to Lieutenant Colonel Kimmo Elomaa, a deputy project manager with the Finnish Border Guard, the checks would take place over a four-day period starting from noon on Friday, July 13 and ending at noon on Tuesday, July 17.

The purpose of the identity and travel document checks would be to stop any persons who might pose a threat to security or public order from entering Finland, the official said.

The internal checks may affect both travelers arriving in Finland and persons leaving the Nordic country. The Finnish Border Guard intends keep a close eye on key air and sea ports as well as the busiest border crossing points in the north.

"As you would expect, the emphasis will be on places where there is a concentration of travelers," Elomaa explained.

While it would be hardly possible for Finnish border authorities to check all travelers, as the Nordic country welcomes over 2.8 million foreign tourists annually with the bulk of them visiting during the summer months, the spot-checks will be based on previous analysis and intelligence data provided to border authorities. According to Elomaa, passenger lists will be reviewed, among other things. He also stressed that travelers are being advised to prepare for possible identity checks and produce necessary documents to validate their identity, even for "regular" journeys such as a boat trip to Tallinn.

Elomaa assured that the enhanced checks will not cause any inconvenience to travelers, stressing that measures are being taken so that no delays arise. Prime Minister Juha Sipilä's cabinet is expected to decide on the proposal during a meeting on Friday.

Finland stopped its practice of border inspections of passengers arriving from the Schengen Area in 2001, when it joined the EU. However, passport checks were temporarily restored on certain occasions, such as during the Athletics World Championship in 2005.

Donald Trump is expected to arrive on July 15 with First Lady Melania Trump, and will be joined by Vladimir Putin the following day to hold bilateral talks.

'I Am Totally Prepared': Trump Expects to Have a Good Meeting With Putin