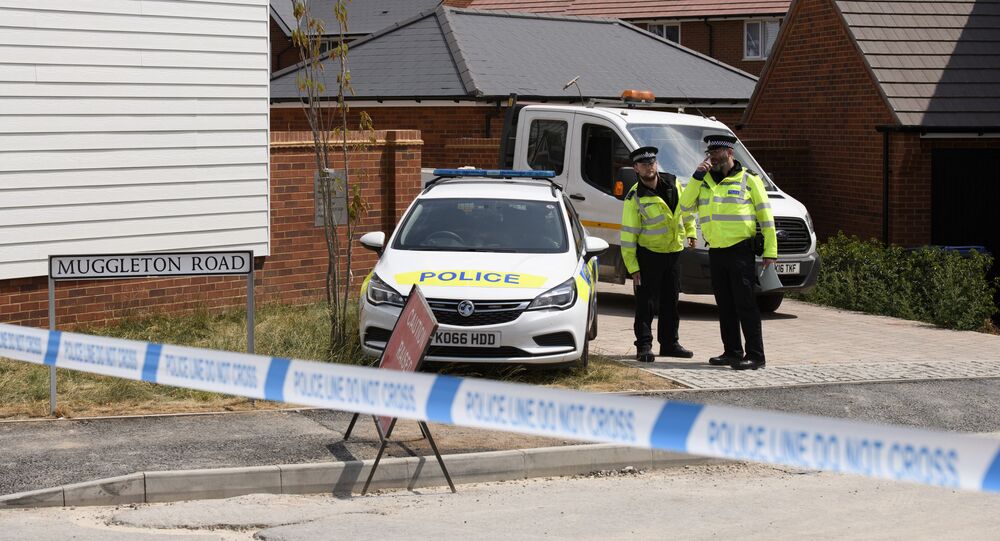 MOSCOW (Sputnik) - The Russian Foreign Ministry on Monday called London's claims of Moscow's involvement in the Amesbury incident "the good old mantra" in lines of "the Russians did it" theme, and urged the UK authorities to conduct in a real investigation instead.

Russian Ministry of Foreign Affairs has responded to the earlier claims of UK defence minister Gavin Williamson who earlier in the day accused Russia of the attack on a UK woman who died after alleged exposure to a toxic substance in the UK city of Amesbury.

"Claims by Gavin Williamson that Russia has something to do with Dawn Sturgess's death is 'a good old mantra' on the topic of 'this was done by the Russians.' Maybe you should do something new, for example, launch a proper and thorough investigation of what happened?" the ministry said in its Twitter blog.

© REUTERS / Henry Nicholls
'Still No Proof': Scholar Questions Skripal Case Probe Amid Amesbury Incident
Earlier Gavin Williamson claimed that Russia had committed an attack on the UK soil. "The simple reality is that Russia has committed an attack on British soil which has seen the death of a British citizen," Williamson said, adding that the incident is something that in his opinion "the world will unite with us [the UK] in actually condemning."

After the incident, the police was unable to confirm whether the toxin the two people were allegedly exposed to in Amesbury was the same as that allegedly used against Russian ex-military intelligence officer Sergei Skripal and his daughter Yulia in March.