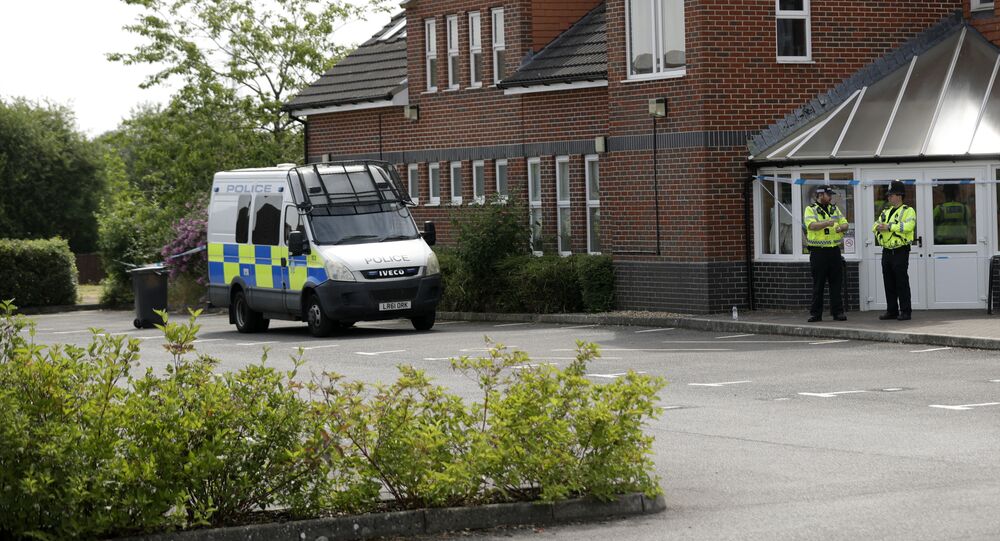 On June 30th, two people were hospitalized after being exposed to an unknown substance in the town of Amesbury, located not far from Salisbury, where ex-Russian intelligence officer Skripal and his daughter were allegedly poisoned four months ago.

Counter-terrorism officers have joined the investigation opened by the local Wiltshire police after two people were taken to hospital in critical condition after being exposed to an unknown substance in the southwest English city of Amesbury, the Metropolitan Police said Wednesday in a statement.

"As you would expect, given the recent events in Salisbury, officers from the counter-terrorism network are working jointly with colleagues from the Wiltshire Police regarding the incident in Amesbury," police said.

Meanwhile, UK Prime Minister Theresa May said that the emergency committee had held a meeting in response to the Wiltshire incident.

However, the police noted that it has not yet been established whether a crime was committed.

"It was initially believed that the two patients fell ill after using possibly heroin or crack cocaine from a contaminated batch of drugs. However, further testing is now ongoing to establish the substance which led to these patients becoming ill and we are keeping an open mind as to the circumstances surrounding this incident," the statement reads.

The Defense Science and Technology Laboratory in Porton Down told Sputnik that it was "supporting" the investigation into an incident though it could not confirm or deny receiving samples.

"There’s no indication that the incident is in any way connected to the Skripal case at this moment in time. I haven't seen anything in this incident yet but I would consider it to be an overreaction," a source in the police told Sputnik.

© AP Photo / Matt Dunham
The Curious Incident of Amesbury Pair Exactly 4 Months After Skripal Case Mooted on Twitter
The news about the Amesbury incident broke on July 4, exactly four months after former Russian intelligence officer Sergei Skripal and his daughter Yulia were found unconscious on a bench near a shopping mall in Salisbury on March 4.