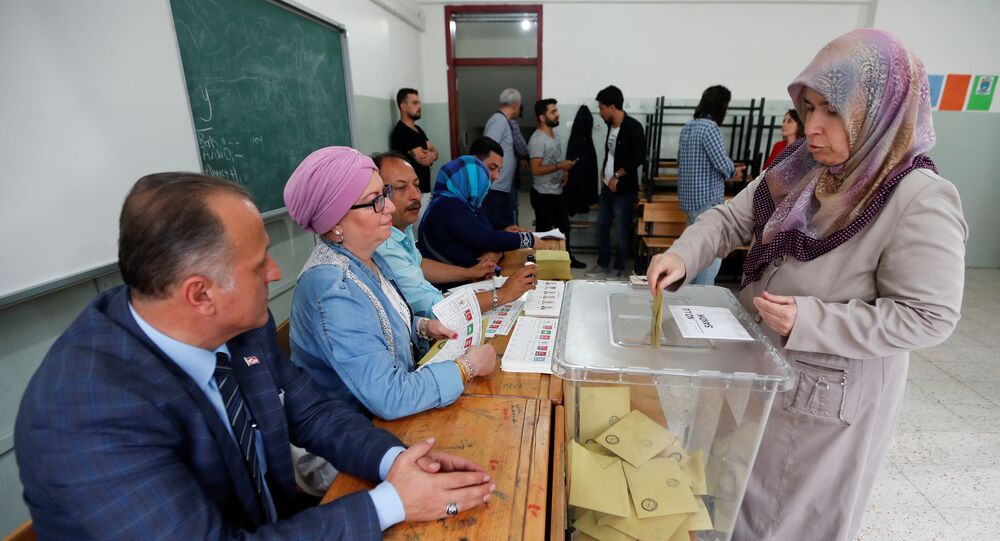 Turkish Prime Minister Vows to Auction Off Chair After Election

ANKARA (Sputnik) - Prime Minister of Turkey Binali Yildirim on Sunday promised to put his chair up for auction as his position will be abolished in the transition to the presidential system after the ongoing general election.

"Let these elections be good for the people for the country. Turkey is going to new horizons and will continue its way… And my [prime minister's] chair will remain with me. I will put it up for auction," Yildirim said in Izmir, where he voted in the election, as quoted by the NTV channel.

Aksener voted in Istanbul, and Ince in Yalova in the northwest of the country, from which he was elected as a member of parliament, NTV reported.

Ince did not made statements to the press, and Aksener called these elections special.

"The choice of the people can not be changed. I wish the results of the elections accurately reflect the will of the voters," she said.

The snap presidential and parliamentary elections were announced in April, with the move justified by the need to switch to the presidential system in the country and enforce the constitutional amendments that were adopted after a referendum in April of last year. The elections were initially scheduled for November 3, 2019.