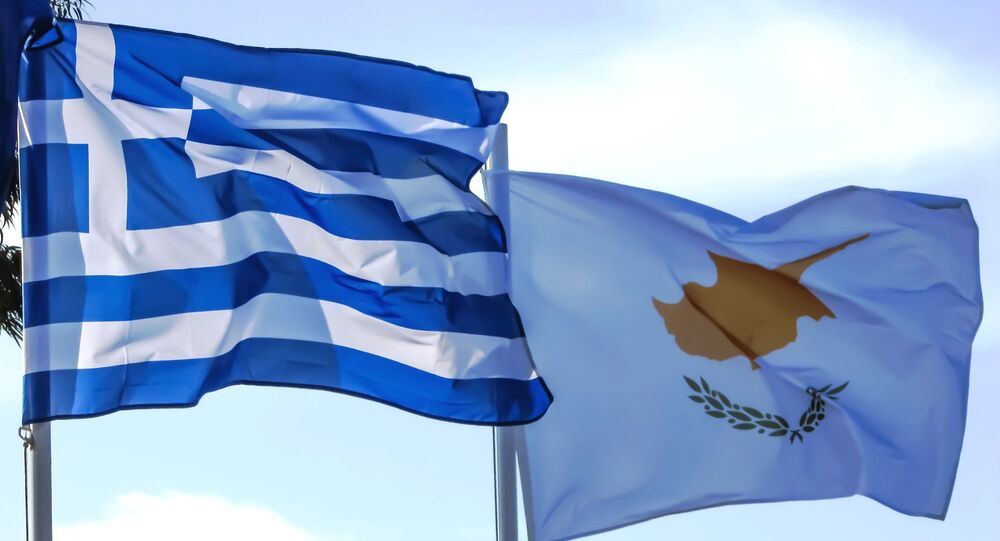 MOSCOW (Sputnik) - Greece is hoping for the resolution of the conflict in Cyprus after a dispute with Macedonia on the naming of the country has been settled, Greek Foreign Minister Nikos Kotzias said on Wednesday.

"The foreign policy of our government is active, democratic and multifaceted. Therefore, using these conditions, we solved the [naming] problem, which formally exists for 25 years, but in fact for 70 years… And also now we have to solve the issues that have existed for 30 and even 60 years in relation to Albania. And I hope that we will address the Cyprus issue again properly and finish it. This is a more difficult question than the previous two," Kotzias said after the meeting with Russian Foreign Minister Sergey Lavrov.

On Tuesday, Athens and Skopje announced that the had agreed on the name of "Republic of Northern Macedonia" for the country that had to be listed as the former Yugoslav Republic of Macedonia (FYROM) in many official settings over Greece's objections to the use of "Macedonia."

© REUTERS / Ognen Teofilovski
Greek FM: Skopje To Announce New Constitutional Name for Macedonia
Greece and Albania disagree on the so-called Cham issue, the repatriation of Cham Albanians at the end of the World War II. The Cham community in February asked Athens to apologize for the expulsion of Cham Albanians from Greece. Athens believes that the issue has been long dealt with.

The island of Cyprus is split between two communities: the Greek and Turkish Cypriots. The two communities are engaged in talks on a lasting peace solution, but no final deal has been agreed yet.