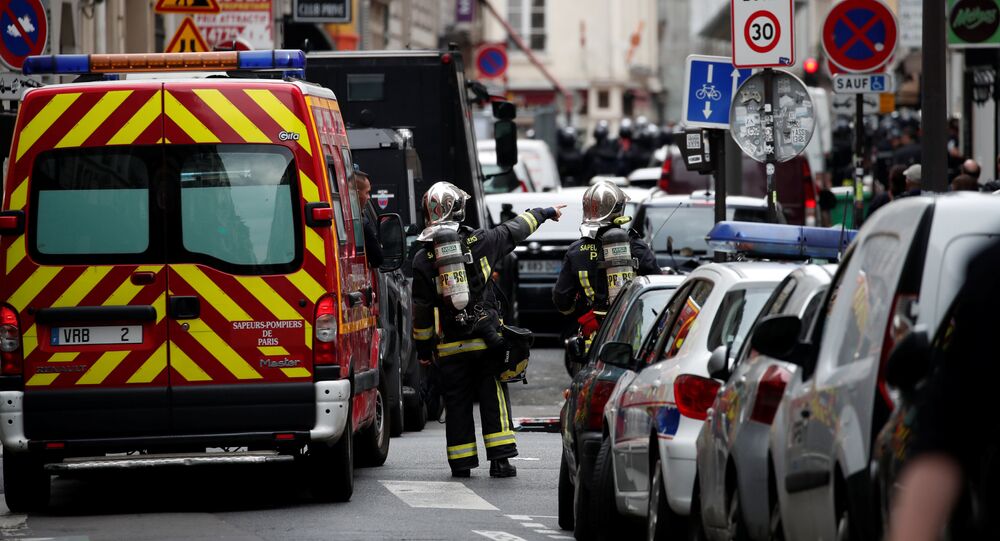 One person has been released as an armed man remains holed up with several other hostages in the 10th district of Paris, Sputnik’s correspondent reports. A major police operation is underway, the mayor’s office has confirmed on Twitter.

The people taken hostage by an armed man in a northern district of the French capital on Tuesday have been released as a result of a police operation, French Interior Minister Gerard Collomb said, adding that the perpetrator has been detained.

"Paris, X district: the man is detained and the hostages are safe. I welcome the professionalism and speed of the police and rescue services, " Collomb said on Twitter.

​The motives of the man remain unknown. The area is sealed off, Sputnik's correspondent reports from the scene. Police are at the scene and are saying that this doesn't appear to be terrorism-related.

Conflicting media reports suggest that there might be 2 or 3 hostages, but the information has not yet been confirmed.

According to the France Blue, three people, including a pregnant woman, have been taken hostage. One of the hostages might be injured in the head.

The attacker reportedly has a bomb and a handgun and has also requested to be put in contact with the Iranian Embassy.

He claims that he has an armed accomplice outside the building, reports Le Parisien.

Additional law enforcement personnel, several ambulances, and fire trucks have arrived at the scene, Sputnik's correspondent reports from the scene. Police are recommending that people stay in their homes and not go out onto the streets.

According to the France2 website, the attacker is armed with a knife and a gas can.

The fire brigade has sent a robot, called "Colossus," that allows "conducting surveillance" and the removal of obstacles "in case of risk of collapse or explosion," Sputnik's correspondent reports.

"Officials will be trying to start a negotiation with the man," police union official Yves Lefebvre said.