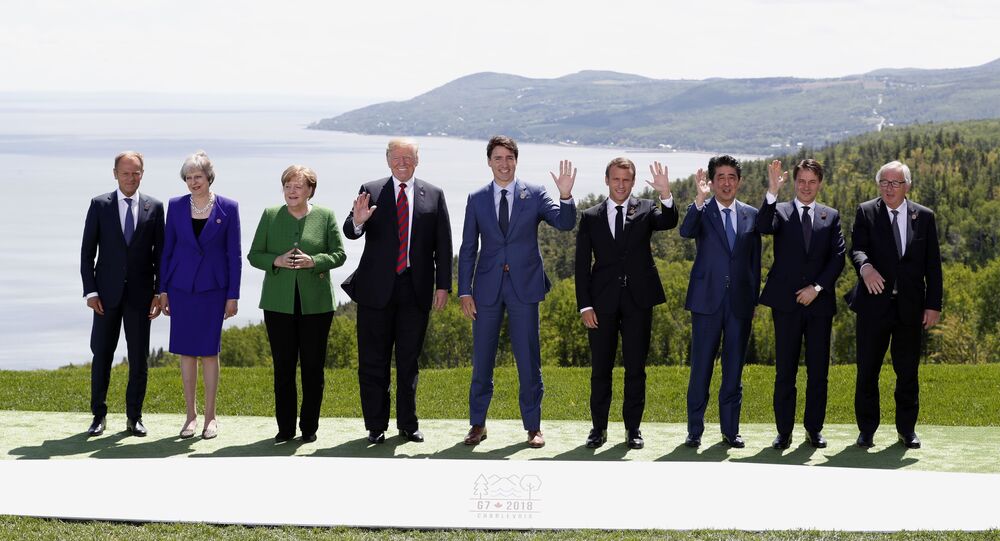 BERLIN (Sputnik) – US President Donald Trump's statement that Russia should join the Group of Seven (G7) threatens to result in another disagreement among European countries, Niels Annen, a minister of state at the German Federal Foreign Office, said on Monday.

"To answer this tweet and Trump’s provocation at the G7 – if Russia does not demonstrate any move forward, and we will invite them back, no one would understand this. [G7] is a group which protects its common interests. I have already said that we are open for Russia’s return but this requires political moves. We should not allow for one more division in Europe, because not everyone in Europe would agree with this decision [to allow Russia to join the G7]," Annen told the ZDF broadcaster.

Trump said ahead of the G7 summit, which took place in Canada over the weekend, that Russia should return to the group. The US president noted that he would recommend the G7 leaders to readmit Russia.

There has been no consensus among the G7 leaders on the issue of Russia’s return to the group. Only Italian Prime Minister Giuseppe Conte has openly expressed his support for it.

© REUTERS / Yves Herman
Trump's Idea to Revive G8 May Become Reality in Long Term, Not Immediate Future
The group further split as Trump revoked his endorsement of the joint summit communique amid the recent spat between the United States and Europe over the introduction of tariffs on steel and aluminum imports from the European Union and Canada by Washington.

The G7 includes Canada, France, Germany, Italy, Japan, the United Kingdom, and the United States. The group used to be called G8 before Russia's membership was suspended in 2014 after the outbreak of the Ukrainian crisis.

Responding to Trump’s call for Russia’s return to G8, the Kremlin said that Moscow is focused on other negotiating formats.