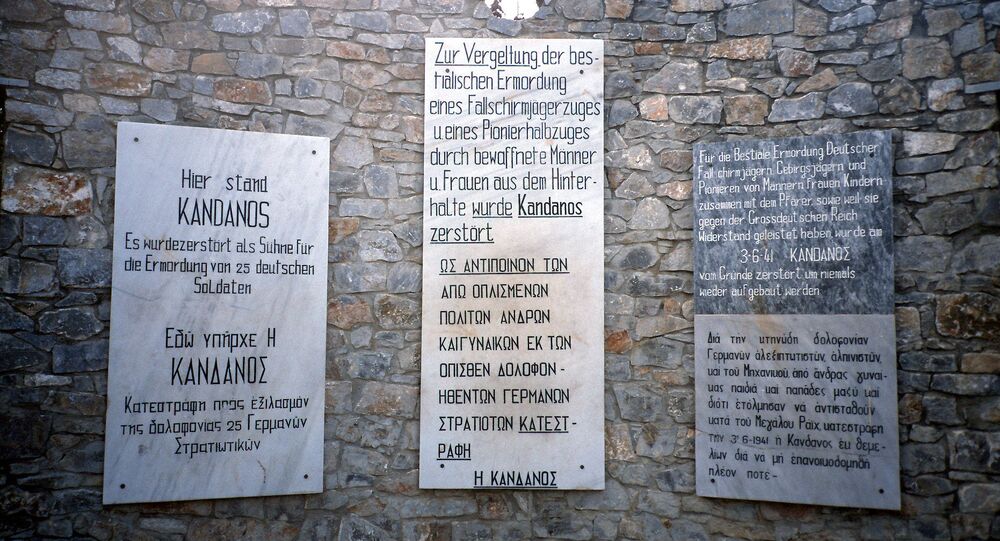 Greek Minister of Justice Stavros Kontonis said during a meeting of the EU Justice and Home Affairs Council (JHA) that Facebook had deleted a post by journalist Nikos Boyiopoulos, dedicated to the Razing of Kandanos in 1941 when over 180 Cretans had been killed by the Nazi German forces occupying the area.

Doorstep #GR #Kontonis at the #Justice and Home Affairs Council #JHA "The blocking of a Greek journalist's article by Facebook constitutes a serious offense to the freedom of information process, it is preventive censorship" https://t.co/eNu5VfCM4J

According to Kontonis, the post was deleted in order to cover up the "neo-nazi" ideology of "Golden Dawn," as well as blur the memories of the event, also known in Greece as the Holocaust of Kandanos. The head of the JHA, Julian King supported the Greek minister, raising concerns over the policy of the social network.

Greece's "Golden Dawn" is a nationalist and anti-migrant party, which has often accused of extremism, racism and Nazism. The party, however, denies such claims. In addition up to 70 of its members have previously been accused of creating and running a criminal organization.