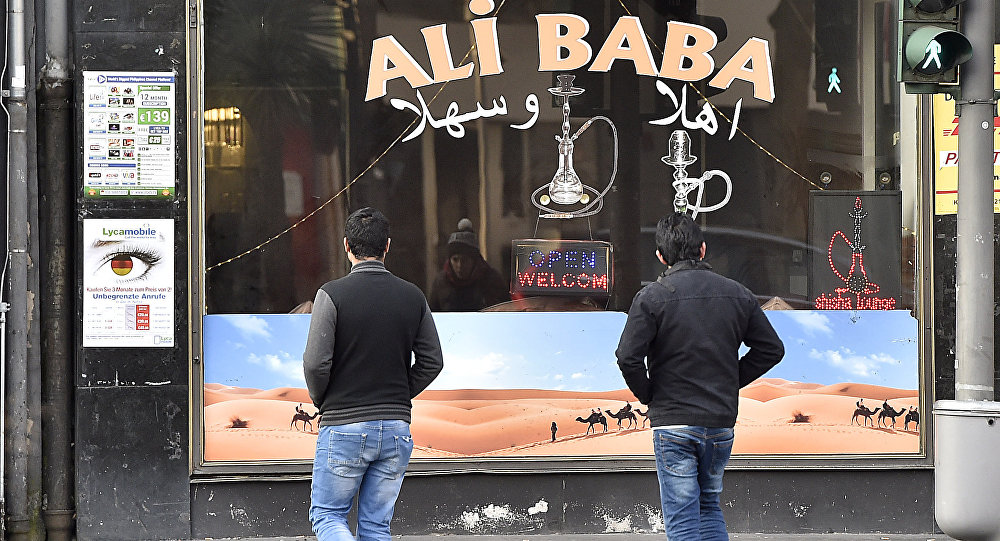 MOSCOW (Sputnik) - At least 10 percent of the total amount of criminal offenses committed in Germany are done so by migrants, Bernhard Egger, the executive director of criminal investigation department at the Bavarian State Police, said.

"As many as 10 percents of crimes are currently committed by migrants," Egger said on the sidelines of an international migration conference in Moscow answering a Sputnik's correspondent question about crime statistics in Germany.

He added that many Germans had come to feel less safe than before, adding that this was particularly true for large cities with higher refugee numbers.

"In Munich, for example, there are currently a lot of migrants, and people do not know what to expect from them. We still remain one of the safest countries in the world, however, people… do not feel as safe as they used to," Egger noted.

© AFP 2019 / John Macdougall
German AfD Party Wants to Probe Government's Activities During Migration Crisis
Since 2015, migrants and refugees have been fleeing the Middle East and North Africa to Europe due to hostilities, and acute economic and humanitarian crises in these regions. Germany is among the EU states that have accepted hundreds of thousands of refugees and asylum seekers in a bid to address the situation.

However, this so-called open-door policy, initiated by German Chancellor Angela Merkel, has prompted criticism from a number of political parties and movements that oppose migration.

In October 2017, Merkel and Horst Seehofer, the respective leaders of the allied Christian Democratic Union of Germany and Christian Social Union in Bavaria, announced an agreement to reduce the inflow of migrants to 200,000 people a year.