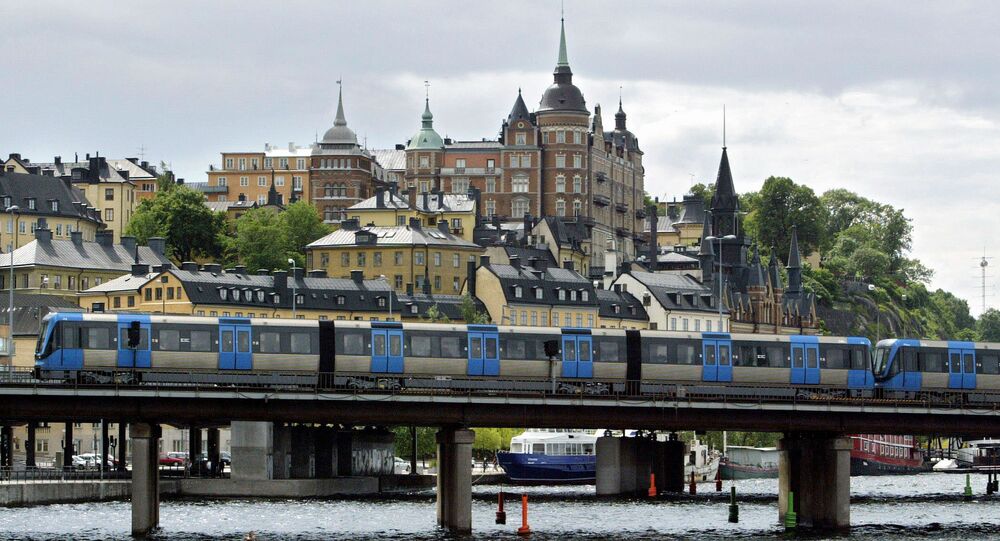 Contrary to Swedish politicians repeatedly denying the very existence of "no-go zones," four stations in Stockholm Metro have reportedly become extremely dangerous for personnel, who only are able to perform their duties with the help of extra police. A local guard admitted to being "outnumbered" and "exposed to threats and stones."

As of today, four stations in Stockholm Metro (Rinkeby, Tensta, Rissne and Hjulsta, all located in blighted urban areas) are marked with a code symbolizing the highest danger, the Swedish daily newspaper Svenska Dagbladet reported.

The Security Center of SL, Stockholm County traffic company, generally divides stations by color ranging from green (usual security measures) to yellow (elevated risk) to red (reinforced security needed). At the four stations, personnel can only perform their jobs with supervision from a police officer for their own safety.

A security officer has testified to an unsafe and dangerous work environment.

"You cannot work normally at these red-flagged stations. I have never feared for my life, but have been in situations where personal safety has been compromised. There have been threats of violence, stoning and even wrecked cars," the officer told Svenska Dagbladet, expressing his gratitude for the police who help a lot when security personnel are outnumbered.

Christoffer Bohman, deputy police commissioner in Rinkeby, often named among Sweden's most notorious "ghettos," admitted that some of the metro stations have become dumping sites for drugs.

"So far this year, we have had over 700 reported drug offenses. Most are taken in or around the metro," Bohman said.

"Security is being reduced at places that are already unsafe. This is a symbol of a society heading in the wrong direction. Now is enough," Kristoffer Tamsons, traffic councilor at Stockholm City Council told Svenska Dagbladet. Tamsons has long called for a reintroduction of New York-style metro policing.

Tamsons has also called for the introduction of a special crime code in public transport.

"I'm tired of politicians who claim that there are no 'no-go zones' without ever setting foot there themselves. These problems should not be swept under the carpet. There is an obvious risk of spreading to other areas," Tamsons said.

Nevertheless, the local police won't comply with the demand for the reintroduction of extra metro policing, citing resource issues.

"Other parties cannot depend on our presence," Christoffer Bohman explained.

According to police estimates, there are currently around 5,000 criminals and 200 criminal networks in what is officially defined as "vulnerable areas," whose number also has increased from 53 in 2016 to 61 in 2017. The Swedish authorities, including Prime Minister Stefan Löfven, have repeatedly denied the existence of "no-go zones."