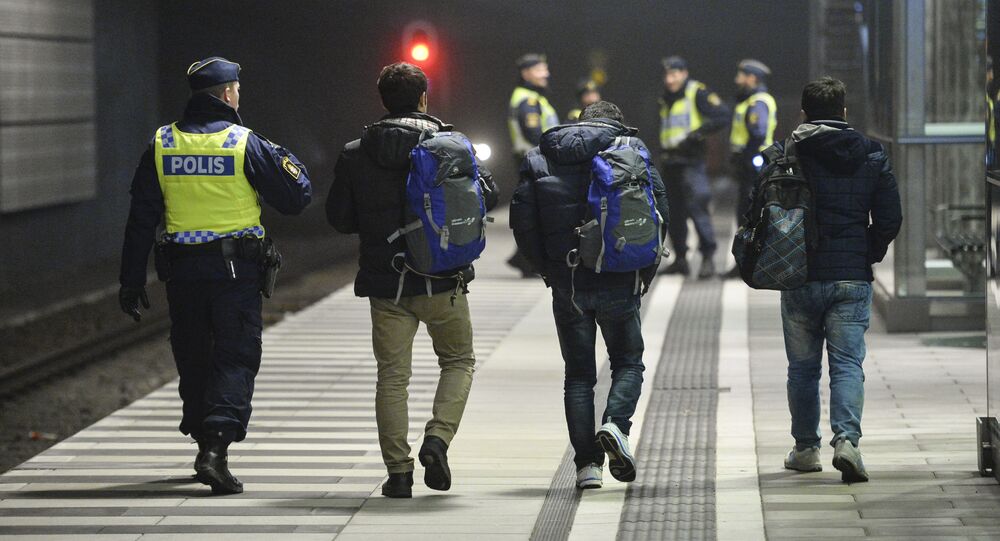 While Sweden's politicians and media have long painted immigration out to be economically beneficial, a new report has challenged the official narrative, estimating the net cost of an average immigrant at SEK 74,000 per year ($8,500).

Asylum immigration entails a net loss for Swedish state coffers, according to a new report from the Expert Group for Economic Studies (ESO) operating under the Finance Ministry, which examined the employment rate of immigrants between 1983 and 2015.

According to ESO, integration and employment mechanisms worked much faster in the 1980s, but have gradually become more sluggish. Employment rates among those who arrived in Sweden between 1982 and 1988 reached 60 percent after only two to three years for men and five years for women, the study revealed. Later, the participation rate in the Swedish labor market slowed down, to six-nine years for men and eight to twelve years for women to reach the same employment level, the report said, indicating a gradual decline starting from the mid-1990s onwards.

Furthermore, the study included an estimate of immigration's long-term consequences on Sweden's public finances, which includes migrants' and their relatives' contribution throughout their lives. Contrary to the long-standing narrative about immigration being a boon in the country that has been aspiring to become a "humanitarian superpower," immigrants were found to be a burden for the Swedish economy, both in the short-term and in the long run.

At the end of 2017, the number of people who immigrated to Sweden as asylum immigrants or their relatives was estimated at 830,000 or just over 8 percent of Sweden's total population of roughly 10 million. Of them, 17 percent are from Syria, 13 percent from Iraq, 11 percent are from the former Yugoslavia, 7 percent are from Somalia and 6 percent are from Iran. Since the onslaught of the 2015 European migrant crisis alone, Sweden has taken in well over 200,000 immigrants, becoming one of the most generous EU nations per capita.

Judging from the annual cost of an average refugee, 830,000 immigrants therefore set Swedish state coffers back an astounding SEK 61.4 billion a year ($6.97 billion).

Migration researcher and political economist Joakim Ruist nevertheless refrained from passing judgment on whether integration is successful or not, citing other factors and parameters which he said should be taken into account in addition to economic ones.

"There is no benchmark according to which you can be sure that you really know what you are talking about successful or failed immigration. However, we have found that it has always been difficult for refugees to enter a labor market," Ruist told national broadcaster SVT.

The report has triggered polarizing reactions. Economist Sandro Scocco of the left-wing think tank Arena Idé called the report misleading. He also called it "unfortunate" as it may lead many people into believing that immigration is terribly expensive for the state.

By contrast, economist Tino Sanandaji, the author of the book "Mass Challenge" on immigration, was welcoming of the report. According to him, there is room for scientific methods due to the contradictory nature of this issue, where facts are often "moderated," SVT reported.