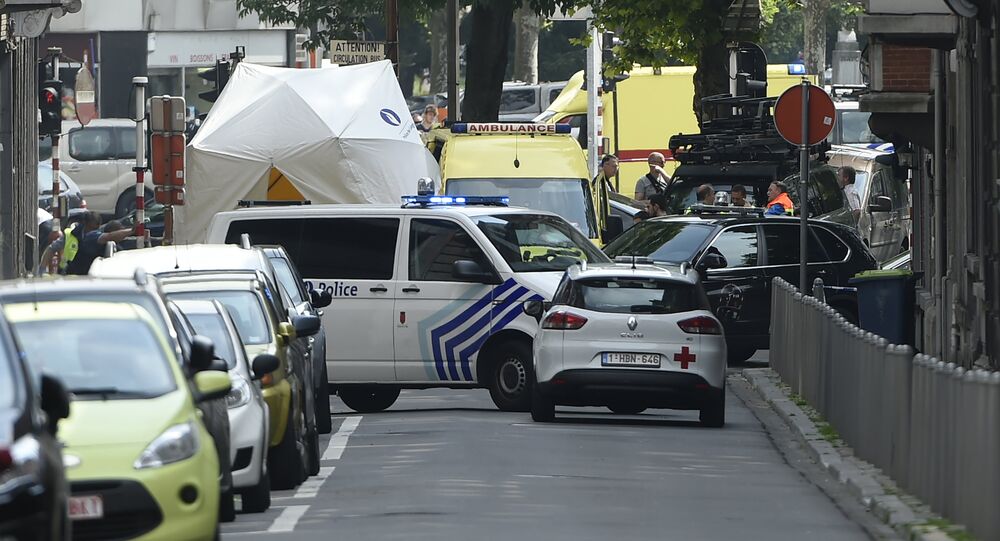 The Daesh terrorist group has claimed responsibility for the Tuesday's shootout on policemen in the Belgian city of Liege, Reuters reported.

According to the Reuters news agency, citing the terror group's website, Daesh claimed responsibility for the recent attack on policemen in Liege. As the media specified, the terror group had called the attacker a 'soldier of the caliphate'.

Earlier in the day, RTBF reported that the Belgium police were taking into account that a shootout in the city of Liege that killed two policemen, could possibly be a terror attack.

"There are elements that point in the direction that this is a terrorist act," said Eric Van Der Sypt, spokesman for the Belgian federal prosecutors' office.

According to the RTBF broadcaster, an armed man shot two police officers, using their own weapon at the Cafe des Augustins.

He then fled and took hostage a housekeeper at Waha High School. The police are at the scene and have intervened in the situation. A passerby has also lost his life. Earlier reports said that the gunman had also been killed in the shootout.

Both police officers killed in the attack were women, according to an official.

The attacker was reportedly identified as a Belgian citizen, Benjamin Herman, born in 1982, already known to the police for a number of criminal cases, according to RTL info. The police chief in the Belgian city of Liege said that the attacker's motive was to "target the police."

He recently left prison, where he contacted extremist prisoners, the agency asserts.

Liege Mayor Willy Demeyer, however, said on his Twitter page that the gunman had been detained and the situation stabilized.

Liege city administration confirmed to Sputnik that the gunman has been killed.

"The shooting on the Boulevard d'Avroy ended. The pupils of the schools situated in the neighborhood are safe and sound and are in security. Three individuals have lost their lives (two police officers and one passenger of a car). The one responsible for the shooting was shot dead," Liege's mayor office said later.

The country’s Interior Minister Jan Jambon reported that the crisis center of the Belgian Federal Public Service has been convened to look into the incident.

"Our thoughts are with the victims of this horrible act. We are in the process of establishing an overview of exactly what happened," Jambon wrote on Twitter.

Belgian police and military have been on alert since suicide bombers killed 32 people at the Brussels airport and subway system in 2016.