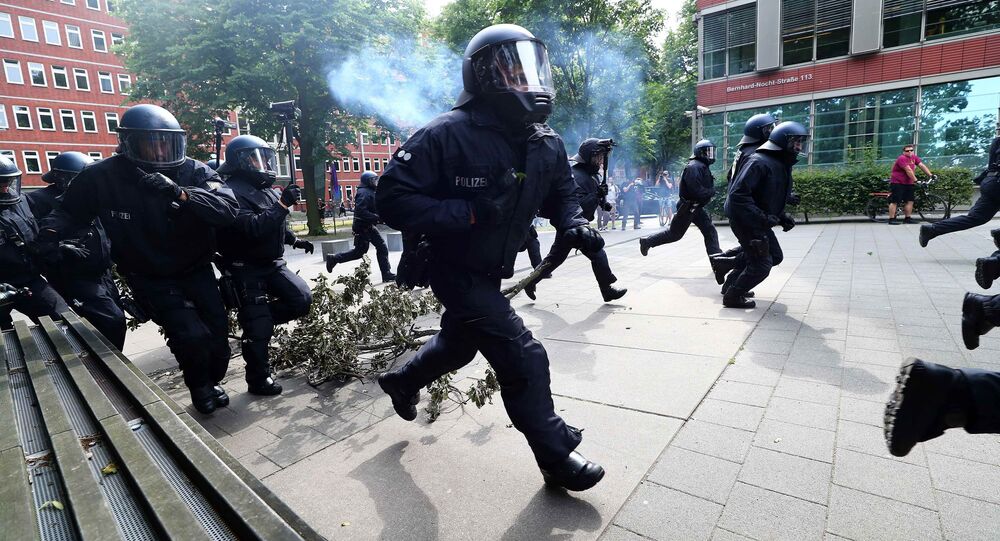 Some 30,000 Protesters Take to German Streets Over Migration Issue (PHOTO)

While some activists protested German Chancellor Angela Merkel's policy of open-doors toward migrants, others campaigned against racism and discrimination in the country.

One of the rallies was reportedly organized by the right-wing party "Alternative for Germany" (AfD) and attended by over 5,000 people. The activists demanded changes to the country's migration policy and called for a stop to its "Islamization."

At the same time, more than 25,000 people took part in a demonstration against the AfD, as well as racial and religious intolerance. The rallies took place across the German capital.

If you think the people who protest in the United States are bad or the police are bad you know NOTHING. I just watched protesters fight eachother and police and police shove old women and bash a guy’s head into a wall. Berlin is wyld. (Here’s a lil clip) pic.twitter.com/IVgXXdeGuV

Twitter users claimed that the number of anti-discrimination activists was over 70,000.

#Germany: 72,000 #antifa and anti-racists gathered to protest against the demonstration of the neo-fascist #AfD party in #Berlin, earlier today. #fckafd #b2705 pic.twitter.com/jBqtuMFAmi

Protest against the white supremacy party AfD in Berlin. The sign reads: Your children will become like us. pic.twitter.com/K2zU3ztCYO

Last week, the AfD filed a legal complaint with the Constitutional Court against Chancellor Angela Merkel. The party argues that her government violated the country's constitution when it made a decision to open Germany's borders to migrants in 2015 without the Bundestag's participation in the decision-making process.

Migration policy is one of the main topics during the pre-election campaign ahead in 2017 as well as during the formation of the new German government. The AfD, which has been advocating a tougher migration policy, has promised to launch an inquiry into Merkel's actions to determine if they were unlawful.