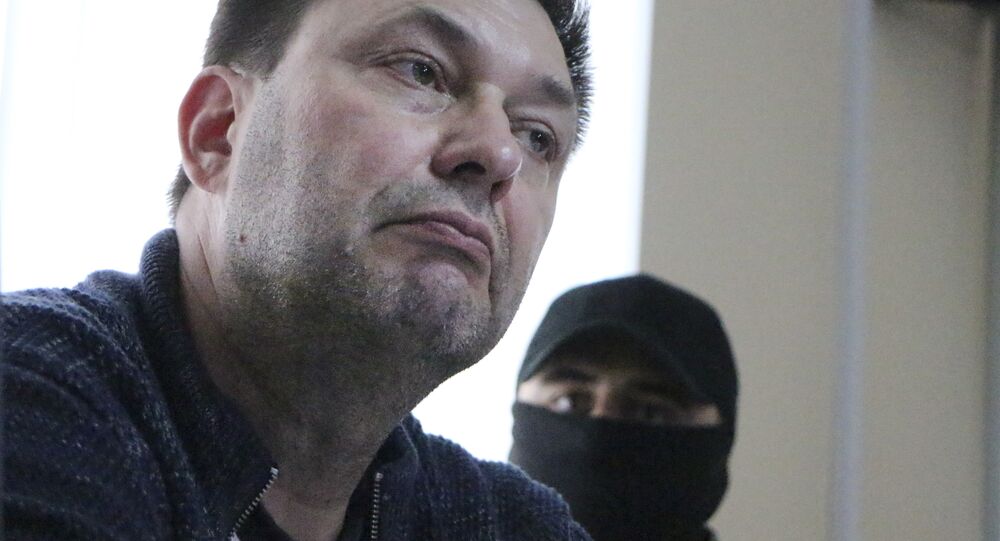 "We have sent an appeal to the appeals court of the Kherson region by mail. Tomorrow we will also send it by courier to the office in Kherson," lawyer Andriy Domansky said.

On May 17, the Kherson City Court decided to place Vyshinsky in pre-trial detention for 60 days.

© Sputnik / Anton Denisov
Rally in Support of Kirill Vyshinsky in Front of Ukrainian Embassy in Moscow
On May 15, the Ukrainian Security Service (SBU) burst into the office of RIA Novosti Ukraine in Kiev. Vyshinsky was arrested on charges of treason. The SBU accuses Vyshinsky of helping the self-proclaimed Donetsk People's Republic (DPR) and Lugansk People's Republic (LPR) in Ukraine's southeast.

Margarita Simonyan, the editor-in-chief of the Rossiya Segodnya International Information Agency and RT broadcaster said that every person, who speaks against the policy taken by the current Ukrainian government, was in danger.