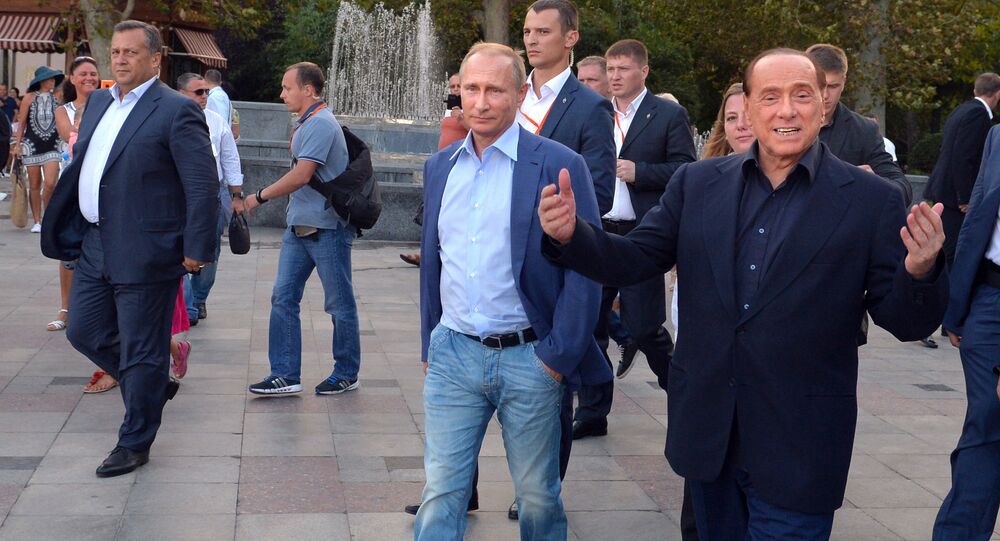 Addressing supporters at a regional electoral campaign meeting in Valle d’Aosta, Silvio Berlusconi shared his fond memories of his trip to the Black Sea peninsula.

“I was driving in a car with Vladimir Putin as we moved along Crimea’s Black Sea coast. To our left I saw amazingly beautiful parks with wonderful plants,” Belusconi said in a YouTude video posted on Friday.

He added that when asked about the history of these parks, Putin told him they had appeared on the peninsula 70 years ago in the days of Josef Stalin.

“[The parks] make this region, particularly this part of Crimea, the most beautiful part of Russia,” the ex-premier added.

He didn’t mention the exact timing of the visit though.

Silvio Berlusconi was in Crimea on a private visit in September 2015 and, joined by President Putin, visited Yalta and Chersonesus and the world-acclaimed Massandra winery.

Crimea reunited with Russia following a region-wide referendum on March 16, 2016 with 96.7 percent of participants voting to bring the Black Sea peninsula back to Russia’s fold.