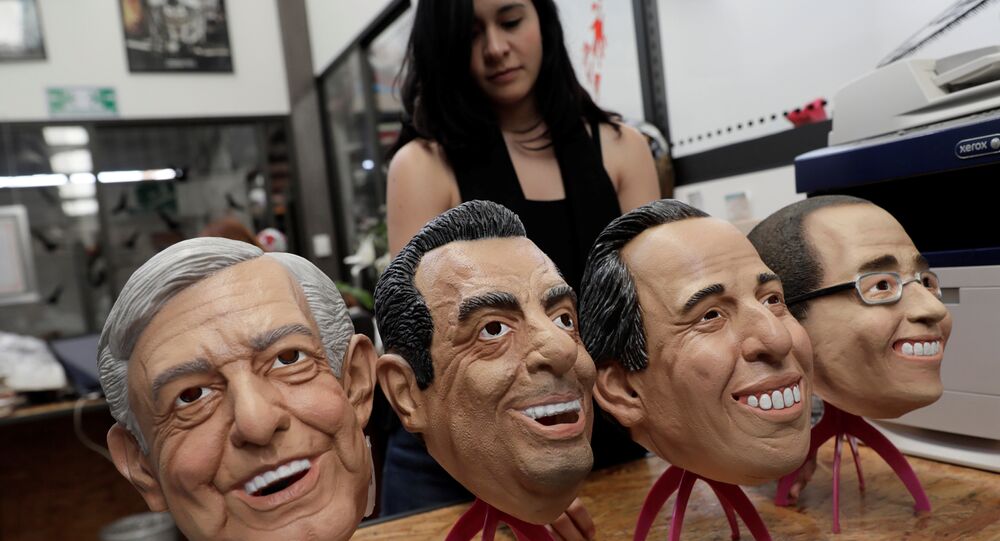 MOSCOW (Sputnik) - The statements made by US and Mexican politicians about alleged the interference of Moscow in the elections in Mexico are unfounded, Ernesto Cordero Arroyo, the president of the Mexican Senate, told Sputnik.

"They had not presented any evidence and we should understand that during the election campaign people become very creative and inventive," the Mexican politician said.

According to the senior lawmaker, the Mexican side has not registered any foreign meddling in the election process.

© Sputnik / Vladimir Pesnya
Russian Envoy to Mexico Prepares Mass World Cup Souvenir Hand Out
Mexicans will elect the next president of the nation on July 1. Ahead of the vote, former US National Security Adviser Herbert McMaster said that the United States noticed signs of "Russian intervention" in the Mexican presidential election.

Russia has faced numerous accusations of interference in foreign elections, including the 2016 US presidential vote. Kremlin spokesman Dmitry Peskov has called the claims groundless, while Russian Foreign Minister Sergey Lavrov has stressed that there was no evidence to substantiate such accusations.