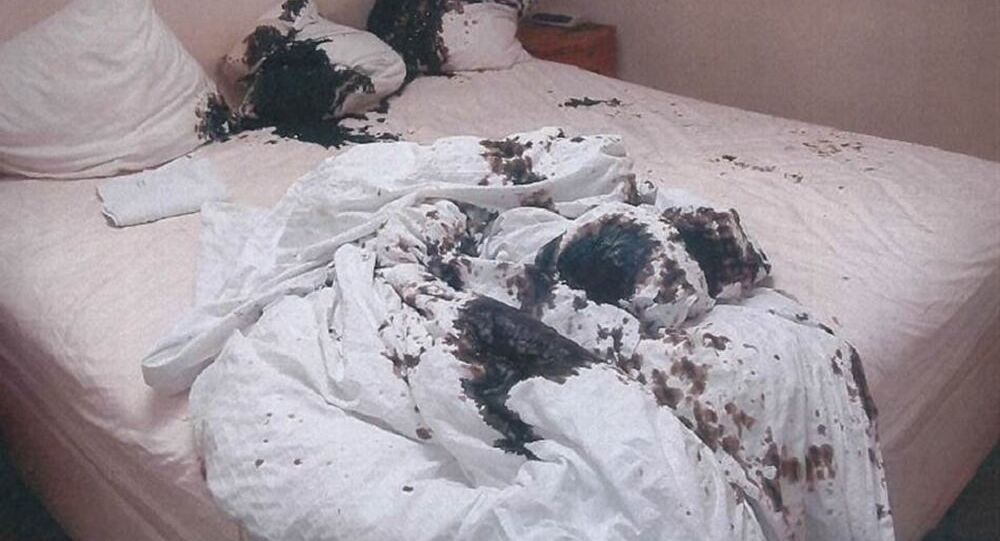 A woman has been cleared of murdering her former boyfriend who exercised his right to euthanasia after an acid attack which ruined his life. Under certain circumstances someone in the UK can be found guilty of murder even if the victim takes their own lives.

Berlinah Wallace had denied she was responsible for the acid attack in Bristol in 2015 which disfigured Mark van Dongen but a jury on Thursday, May 17, found her guilty.

Wallace, a 48-year-old fashion student who was consumed by jealousy after the Dutch engineer began a new relationship, had claimed it was just a "coincidence" that she bought sulfuric acid a few days before the attack.

She claimed in court she thought she was just throwing a glass of water over him and denied any malicious intent.

A woman whose ex-boyfriend took his own life by euthanasia has been found guilty of throwing acid over him.

Berlinah Wallace threw 98% proof sulphuric acid over Mark van Dongen saying “if I can’t have you, no one else can”.

​Van Dongen was paralyzed, scarred and partially blinded by the attack at her flat in September 2015 and had part of his left leg amputated.

But he told he police she had laughed and told him "If I can't have you, no-one else can," before throwing the acid at him.

Unable to face life as a result of his injuries van Dongen travelled to Belgium in January 2017 and exercized his right to euthanasia.

At her trial, which began in November, the jury was given a serious of written questions which they were told they must answer adequately before bringing back verdicts on the murder charge.

"Are you sure that the defendant's unlawful act of throwing sulphuric acid over Mark van Dongen was a significant and operating cause of his death?" was one of the questions.

They were told by the judge if they were not sure it was then they must acquit her of murder.

"At the time of the acid attack, are you sure that it was reasonably foreseeable that as a result of his injuries Mark van Dongen would choose to end his life?" was another question they were asked.

"If you are sure, your verdict is guilty of murder," the judge told them.

When the verdicts were read out Wallace cried and van Dongen's father Cornelius wept in the public gallery.

Wallace is expected to be sentenced at a later date.

The couple had met five years before on a dating website for people with HIV, as both had the condition, but they broke up in 2014 and van Dongen began dating another woman.

In essence the jury decided today Berlinah Wallace did not kill Mark van Dongen. It was his decision to die following the acid attack and despite the horrific injuries it was not down to her….

It is not the first time a person has been put on trial in the UK for the murder or manslaughter of someone.

In February 2017 Justene Reece, 46, hanged herself after months of abusive voicemails, texts and Facebook messages from her former boyfriend Nicholas Allen.

In July last year Allen was jailed for 10 years for manslaughter after the jury ruled her death was a "direct result" of his controlling behavior.

Britain has seen a spate of acid attacks in recent years and the government has come under pressure to toughen up the law on sales of substances like sulfuric acid.

London Acid Attack: Do You Happen to Know Who Arthur Collins Is?