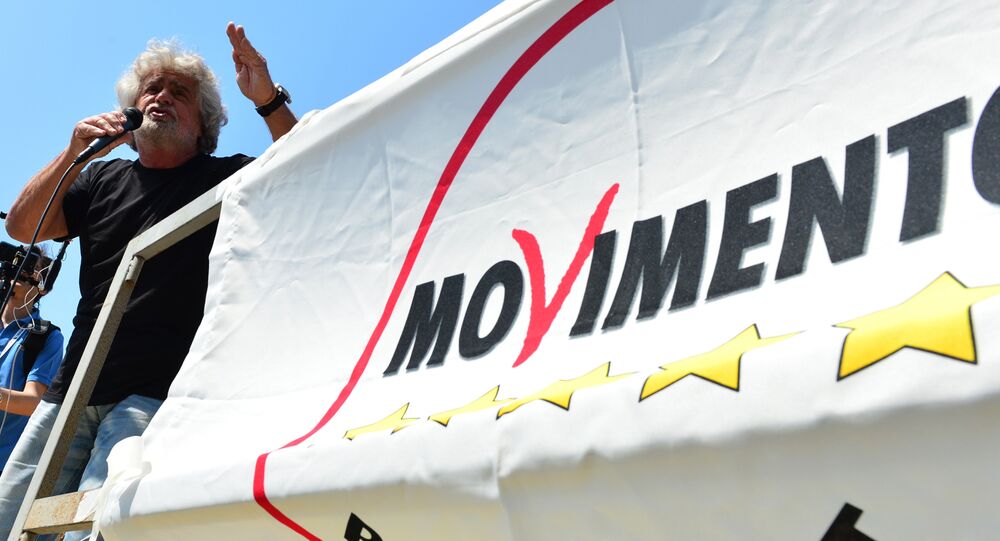 ROME (Sputnik) - The Italian Lega party and the Five Star Movement (M5S), which are engaged in talks on forming a governing formation, completed work on a joint program, Rocco Casalino, an M5S member, said following consultations on Wednesday.

"In the end there has been a roar of applause, we all embraced each other," Casalino said.

The interim version of the program stipulates that the anti-Russian sanctions should be lifted, while the country should be rehabilitated as a strategic partner in the resolution of regional conflicts. The document also provides for the introduction of flat taxes instead of progressive ones and toughening of the migration regulations.

Despite a certain convergence of views, the two parties have not managed to agree on a single candidate for the prime minister's post. According to the Italian media, the two sides have decided that the single candidate would belong to neither of the two political forces.

On Italy's Relations With Russia

At the same time, the two political forces agree that it is necessary to lift anti-Russia sanctions and reinstate Russia as a strategic partner to resolve international crises.

"The membership in the Atlantic Alliance is confirmed, with the United States of America as a privileged ally, and with open approach to Russia, and with Russia perceived not as a menace, but as an economic and commercial partner. In this regard, it is required to immediately lift sanctions imposed on Russia, to rehabilitate it [Russia] as a strategic partner to resolve regional crises (Syria, Libya, Yemen)," a source quoted the coalition agreement draft, adding that this part had been finalized.

© AP Photo / Gregorio Borgia
'Going to Be a Mess': Professor Explains What Future Holds for Italian Government
On May 7, after three failed rounds of consultations on the formation of a new Italian government Italian President Sergio Mattarella said that if the parties failed to reach an agreement, he would form a "neutral government" that would have powers until December and call elections in 2019. These remarks might have boosted the government formation talks.

Expert Explains How Italian Political Stalemate May Be Solved