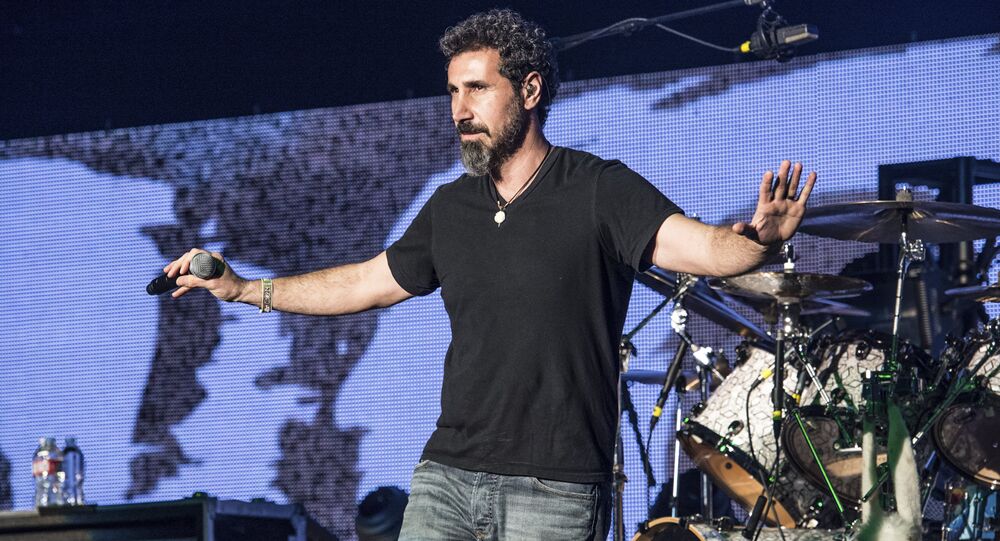 YEREVAN (Sputnik) - Nikol Pashinyan, an Armenian opposition leader and a candidate for the post of prime minister, on Monday said that he had invited Serj Tankian, the lead singer of the System of a Down (SOAD) band, who is of Armenian descent, to move to his historical homeland.

The musician, who has earlier expressed support for protests in Armenia, arrived in Yerevan earlier in the day.

"On our way back [from the airport] I tried to convince Serj Tankian to move to Armenia. He promised to reflect on it," Pashinyan said during a rally in central Yerevan.

© Sputnik / Ramil Sitdikov
SOAD Singer Serj Tankian Urges Armenian Protesters to Avoid 'Color Revolution Terminology'
On May 1, the Armenian parliament failed to elect a new prime minister, with the only candidate, Pashinyan, receiving 45 votes out of the required 53, which led to the resuming of protests.

Under Armenian law, the parliament has to elect prime minister in a week, or else it will be automatically dissolved. The country's new prime minister is now set to be elected on Tuesday, with Pashinyan renominated for the post.

The protests in Armenia began in mid-April as the opposition saw former President Serzh Sargsyan's nomination for the position of the prime minister after his two presidential terms as an attempt to hold on to power. Soon afterward, Sargsyan stepped down, with Armenian First Deputy Prime Minister Karen Karapetyan assuming the position of acting prime minister. However, rallies in the country continued as the opposition demanded an interim prime minister who will not be from the ruling Republican Party of Armenia (RPA).