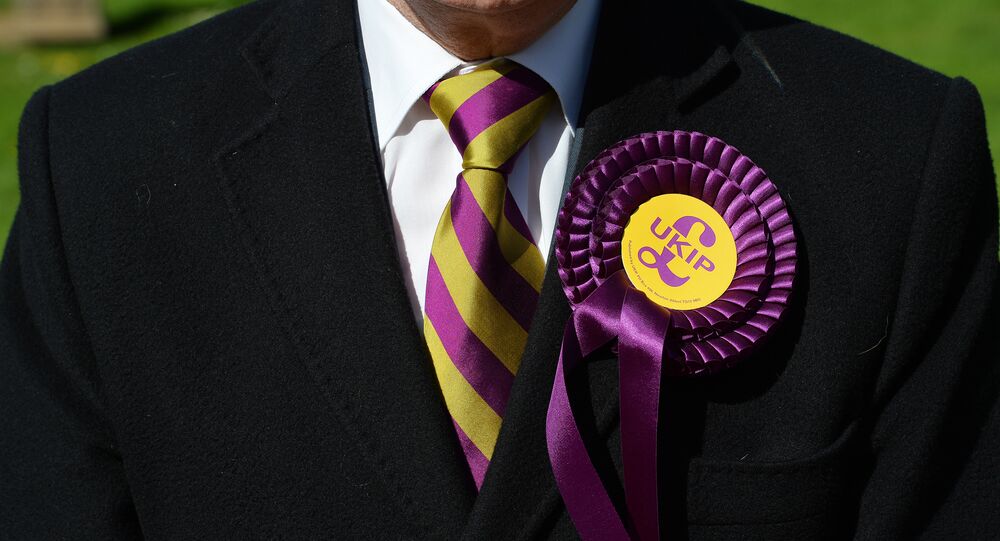 Speaking on the Radio 4 program Today, Secretary General of the UK Independence Party (UKIP) Paul Oakley has drawn parallels between his party and the plague – social media users are astounded.

Oakley opted for a rather unconventional comparison when discussing UKIP’s loss of over 90 council seats during the local elections with host Nick Robinson.

“Think of the Black Death in the Middle Ages – it comes along, it causes disruption then it goes dormant… that’s what we’ll be doing. Our time isn’t finished. Brexit is being betrayed and there is a lot of anger in the country about that,” he said.

When Robinson sought to clarify if Oakley really made an analogy between UKIP and the Black Death, the Secretary General said that it was exactly what he meant, and wondered, “What’s wrong with that?”

“It also led to economic growth and the Renaissance, but this isn't a history lesson. It got rid of the whole issue of servitude and allowed people to go into the towns, escape their landlords and create their own businesses,” Oakley replied, after the host tried to explain that the disease claimed lives of hundreds of thousands of people

Oakley’s remark couldn’t help but spur an avalanche of reactions on social media platforms, with many saying that he made the worst possible comparison…

and the worst simile of the decade goes to Paul Oakley! #UKIP #Elections pic.twitter.com/PvRe5J0NQ4

#bbcnews UKIP's Paul Oakley. It is not 'all over' for the party. pic.twitter.com/xMS2lzSazd

…there were also those who simply couldn’t believe that he actually said those words:

Ukip general secretary Paul Oakley just compared his party to the Black Death on R4, before talking up the benefits brought to society by the Black Death.

I was awake early this morning, but I'm pretty sure I didn't imagine that exchange.

No kidding. That was a strange choice on his part. Black Death. Why say that at all?

Did Paul Oakley really just refer to his party as "like the black death"….?

UKIP's Paul Oakley talking about the economic/social benefits of The Black Death… it did kill up to 200m people but you know… minor detail. pic.twitter.com/mAHnRlrlhN

Meanwhile, others noted that the analogy was quite apt:

So #UKIP gen sec Paul Oakley has likened then to the #BlackDeath He's right. They're both deeply unpleasant, even mild contact can make you feel tainted and they're both best off left in the Middle Ages.

Some said it was an “unusual spin strategy”:

Fair play to UKIP spokesperson Paul Oakley on BBC Radio 4 there, comparing his party to the Black Death — "it goes away & comes back again" — and then standing by it, citing the Black Death's "economic benefits". 🤦‍♂️

The jaw-dropping remark even became reason for uncontrollable laughter, due to the shock:

You didn't. My poor dog jumped at my maniacal laughter.

The most devastating pandemic in history, the Black Death, is estimated to have killed half of Europe’s population and anywhere between 75 and 200 million people in Eurasia.