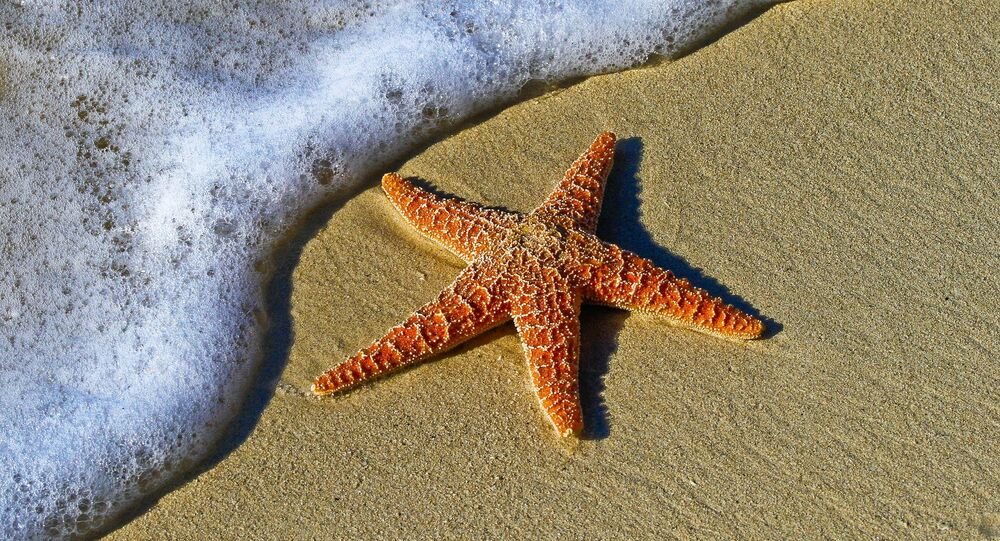 In the future, peculiar-shaped marine dwellers will become a cheap and nutritious feed source for the Scandinavian nation's vast agriculture industry, which is being touted as a win-win situation for several reasons.

The construction of the world's first starfish factory has started in the Danish town of Skive in Jutland and is seen as part of the national effort to revolutionize the farming sector by switching to organic and sustainable feed, while also helping the environment, Danish Radio reported.

The master plan devised by the company Danish Marine Protein involves harvesting starfish from Limfjorden, drying them and shredding to organic protein-rich fodder to be consumed by farmed animals, such as pigs and fowl. Upon reaching full swing, the factory is expected to catch as much as 100 metric tons of starfish every day.

In addition to being a cheap and reliable source of feed, the initiative is said to offer a number of other benefits, such as alleviating oxygen depletion in Limfjorden while also providing better conditions for the farming of mussels, which the starfish prey upon. Yet another environmental benefit is avoiding the release of substances that starfish emit when they die.

"Starfish are an eminent source of protein for animals and it's all the nicer if we are able to find raw goods locally in Denmark and transform them into high-value protein for our organic animals, rather than import protein from countries like China," Danish Marine Protein head Niels Jørgen Madsen told Danish Radio.

At present, much of the protein feed consumed within Danish agriculture is imported from China. China's share, however, is expected to be slashed due to the starfish initiative.

The idea of transforming sea dwellers into farm feed was first investigated in 2007. Later, though, the Danish Food Agency threw in a wrench into the trials, because starfish was on the EU list of legal food materials. The project masterminds had to wait for a whole year for the EU Commission to relax the rules before the project ultimately gained momentum, which Madsen called a "milestone."

"We help the environment, we help the economy and we animals benefiting from some wholesome high-end ecological proteins," Niels Jørgen Madsen said, describing it as a win-win situation.

The starfish factory, which is due to offer its first batch of produce next spring, is expected to become the first step in the exploration and development of other marine protein both in Limfjorden and other parts of the country.

The Limfjorden is a shallow body of water linking the North Sea with the Kattegat Straight. Although not a fjord in the true meaning of the word, it is 180 kilometers long and has an irregular shape with numerous bays, narrowings and islands.