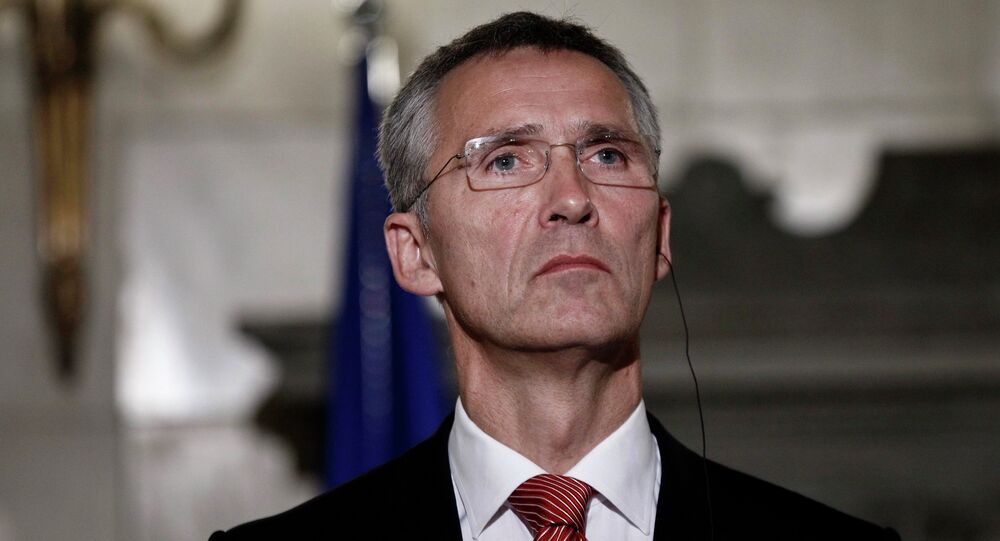 MOSCOW (Sputnik) - All NATO member states expressed their support for the strikes of France, the United Kingdom, and the United States against Syria, NATO Secretary General Jens Stoltenberg said on Saturday.

On Friday night, the three western allies fired over 100 missiles on the facilities which they claim are related to the Syrian authorities' chemical weapons program. The Syrian General Staff said three people were injured in the strikes.

"Allies expressed their full support for this action intended to degrade the Syrian regime’s chemical weapons capability and deter further chemical weapon attacks against the people of Syria," Stoltenberg said.

© AP Photo / Andrew Harnik
Japanese Prime Minister, US President to Discuss Syria Next Week - Reports
The western states' attack on Syria followed the reported chemical weapons attack on civilians in the city of Duma. The allies put the blame of the attack on Damascus, while the Syrian leadership denied any involvement in the use of chemical weapons.

NATO believes that the US-led military action in Syria will not threaten the political settlement in the Middle Eastern country, Stoltenberg said.

"No. Actually on the contrary, I think if we have just been silent, and accepted the use of chemical weapons, it would have undermined the efforts to find a political solution. So we strongly express support for the UN-led political process, there is no military solution to the conflict in Syria. But at the same time, I think it really will be dangerous if the international community accepts use of chemical weapons and therefore we support the actions taken last night," Stoltenberg told reporters, when asked if the military operation in Syria might threaten the UN-led search of the political solution of the conflict in the Middle Eastern country.

Stoltenberg noted that the allied strikes on Syria were very targeted, measured, proportionate, and aimed at the chemical weapons facilities only.