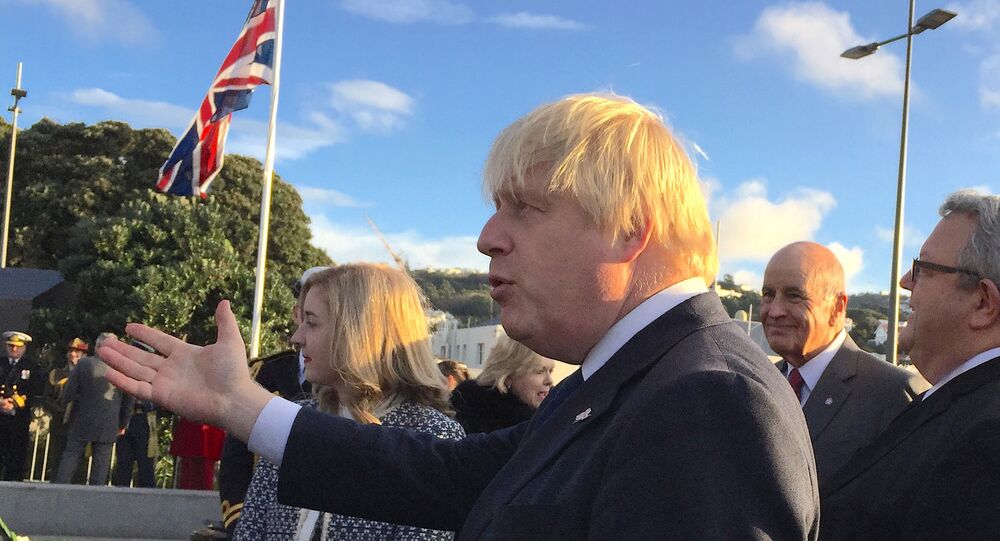 MOSCOW (Sputnik) - UK Labour Party leader Jeremy Corbyn has urged country's Foreign Secretary Boris Johnson on Wednesday to clarify his claims that the substance, used to poison Sergei Skripal, was produced by Russia as the UK lab has revealed that there is no evidence to support such allegations.

"So Boris Johnson seems to have completely exceeded the information that he had been given and told the world in categorical terms what he believed had happened. And it’s not backed up by the evidence he claimed to have got from Porton Down in the first place. Boris Johnson needs to answer some questions… Where does that leave the foreign secretary? Egg on his face for the statement he made," Corbyn told the Sky News broadcaster.

On Tuesday, Gary Aitkenhead, chief executive of the Defence Science and Technology Laboratory (DSTL) at Porton Down said that the lab had identified the substance used to poison former double agent Skripal as Novichok, but could not prove that it was made in Russia or to determine its country of origin.

The UK foreign secretary in response has condemned Corbyn for choosing "to side with the Russian spin machine."

"It is lamentable that Jeremy Corbyn is now playing Russia’s game and trying to discredit the UK over Salisbury attack," Johnson wrote on Twitter.

The official added that Russia "has a motive for targeting" Skripal and noted that 28 countries are "convinced" by the UK accusations.

© REUTERS / Peter Nicholls
West Uses Skripal Row to Boot Russia From Syrian Chemical Weapons Issue - Moscow
On March 4, Skripal and his daughter Yulia were found unconscious in the UK city of Salisbury. The United Kingdom believes the two were exposed to the A234 nerve agent, related to the Novichok-class nerve agents developed in the Soviet Union.