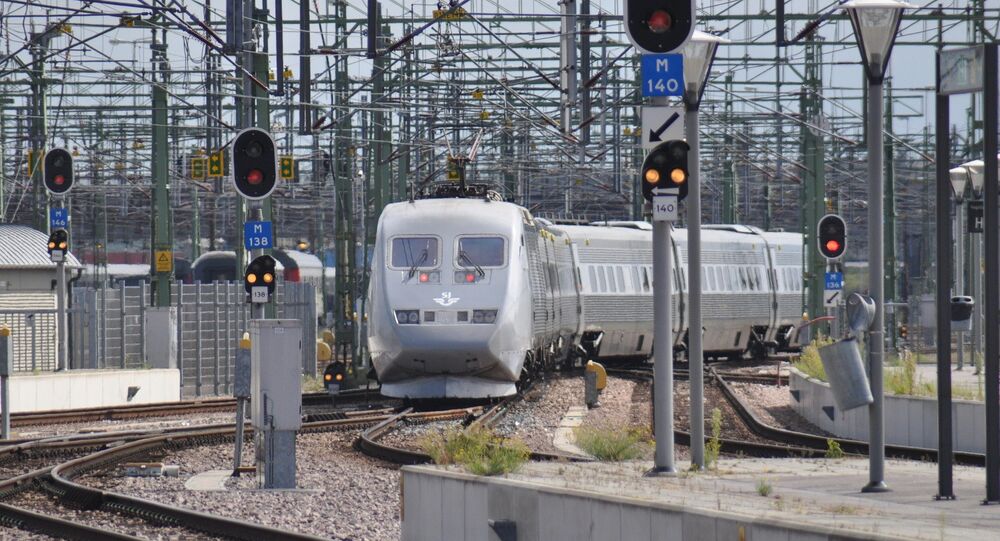 After long deliberations, the Swedish government finally threw its weight behind a joint Swedish-Finnish railway project in the north, which it hopes will get EU support as part of the grand European transport network.

The project is seen as an extension to the so-called Scandinavian-Mediterranean Corridor, that currently goes from the Mediterranean coast all the way up to Stockholm. The Swedish government seeks to extend it by an additional 1,000 kilometers to Haparanda, on the border with Finland. Furthermore, an offshoot linking the rail network to Norway's oil and gas-rich provinces in the Arctic is planned.

"We are already planning to make major upgrades to the rail network north of Stockholm, so it is obviously good if we can get help from the EU with the investments," Finnish Infrastructure Minister Tomas Eneroth told SVT.

This past winter's train chaos in northern Sweden once again highlighted the necessity of upgrading the Swedish rail network. Earlier this year, the Swedish government said it was prepared to invest a whopping SEK 700 billion ($85 billion), but there are many projects competing for the money.

"This is absolutely crucial for the future of Norrland [County]. Both for linking together the cities with fast connections and for Norrland's heavy industry to be able to deliver their goods to the European market," Bothnian Corridor project manager Joakim Berg told SVT.

Central Sweden, alongside Swedish, Finnish and Norwegian partners, works to extend the corridor around the Gulf of Bothnia #BothnianCorridor pic.twitter.com/J2z1Iy5xGs

​Finland, for its part, is interested in extending the future railway from Haparanda down to Helsinki. Earlier this year, Finnish Infrastructure Minister Anne Berner claimed "non-committal answers" and "contradicting opinions" coming from Sweden, urging the neighbor state to hurry up.

The EU is currently in the process of reviewing its Trans-European Transport Networks (TEN-T) a planned set of pivotal railways, road, air and water transport systems in Europe. The Swedish government is hoping that the Bothnian Corridor will be made part of the plan, possibly resulting in billions of kroner in EU aid. The EU's railway plan will be presented later in spring, and there are fears that the Swedish government's hesitation will result in Sweden losing EU billions. By contrast, being part of the TEN-T may get the country up to 50 percent of the total investments covered by the EU. According to the Bothnian Corridor website, urgent investments of €5-7 billion ($6.2-8.7 billion) are needed before 2020.

"Otherwise, Sweden will be forced pay out if its own pocket, because we cannot afford a rail network that is not working for our world-leading exports," Elvy Söderström, the chairman of the Bothnian Corridor steering committee, told SVT.

Norrbotten County accounts for 90 percent of the EU's total supply of iron ore. Sweden is also the leading supplier of gold and the second largest exporter of silver, lead and copper. Additionally, the region has a very transport-intensive forestry industry, which accounts for 12 percent of Sweden's exports.