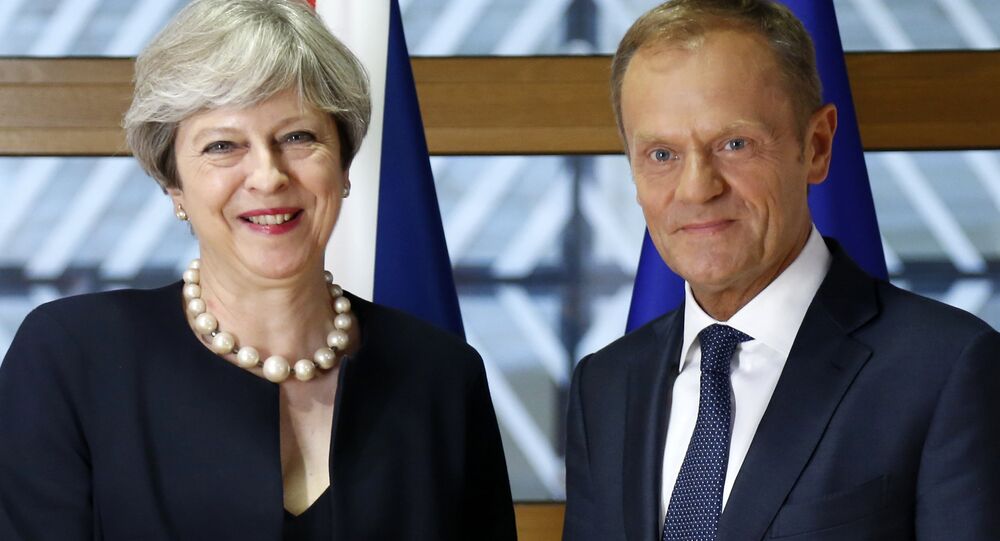 BRUSSELS (Sputnik) - European Council President Donald Tusk said that he had informed UK Prime Minister Theresa May about the preparation of a "clear message" by the European Union in the context of the poisoning of former Russian intelligence officer Sergei Skripal.

"Phone call with PM @theresa_may to prepare a clear message of the EU on #SalisburyAttack," European Council President Donald Tusk said on his Twitter account.

In a Wednesday speech to the House of Commons, May said that Moscow was "culpable" for the attempted murder of Skripal and his daughter Yulia. May announced a number of response measures, such as expulsion of 23 Russian diplomats.

Russian officials have denied all accusations. Moscow has expressed readiness to collaborate on the investigation into this case and requested access to the samples of the nerve agent, however, London has denied this request.

On March 5, UK police said that a man and a woman, later identified as Skripal and his daughter Yulia, were found unconscious on a bench at a shopping center in Salisbury, adding that both were "in a critical condition in intensive care" and being treated for suspected exposure to an unknown substance.

Merkel Blames Moscow, but Hope It Will Be Part of Investigation of Skripal Case