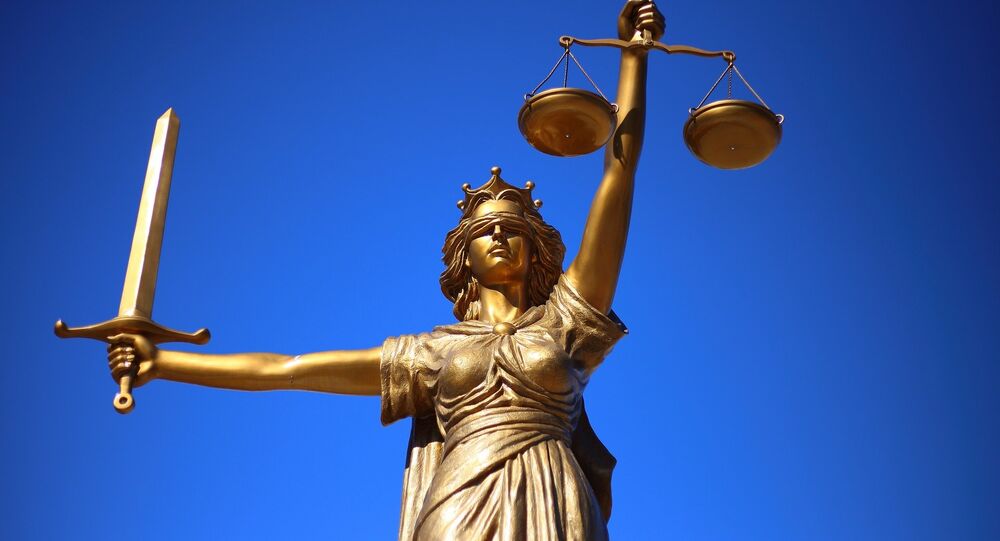 A decade after a Norwegian woman was murdered in London, Scotland Yard renews its call for the culprit to hand himself in.

Martine Vik Magnussen, a student from Norway was murdered in London ten years ago, her body was discovered among rubble in the basement of a block of flats in 2008 yet her killer remains at large believed to be in Yemen.

To mark the anniversary of her death, London's Metropolitan Police released CCTV footage of Magnussen's final moments in Mayfair. The footage captures Magnussen celebrating her end of term exams and leaving Maddox nightclub in Mayfair with fellow student Farouk Abdulhak on March 14, 2008.

Ten years after the murder of Norwegian student Martine Vik Magnussen, detectives have today once more urged the man wanted for her death to return to the UK https://t.co/1DmDTxeoGO pic.twitter.com/dgQd5sn0W3

Martine's friends reported her missing — the next day officers traced her whereabouts to a residential address in Great Portland Street in Westminster where they discovered her body hidden under rubble.

A post-mortem examination revealed she'd been raped and gave cause of death as compression of the neck. A verdict of unlawful killing was recorded, however the only suspect in the case, Abdulhak, had already fled the UK to Yemen within hours of Martine's disappearance. Abdulhak still refuses to return to Britain.

"A decade on and our ambition remains the same — to obtain justice for Martine. With this CCTV now in the public domain, our hope is that the case will not fade from public attention, keeping the spotlight firmly focused on Farouk Abdulhak," Detective Chief Inspector Andy Partridge of the Homicide and Major Crime Command said in a statement.

To mark the anniversary, the Met have released CCTV footage showing Martine the last time she was seen, with the only suspect in the case, Farouk Abdulhak, leaving Maddox nightclub in Mayfair, 2008. Martine was out celebrating her end of term exams. pic.twitter.com/yCrtLIxrFl

"Abdulhak fled to another country in the pursuit of continuing with his life and today he remains sheltered and protected in the Yemen. For ten years this person has been avoiding our requests to return to the UK and assist the investigation," Detective Chief Inspector Andy Partridge said, adding that the force had reached an important milestone.

"Therefore this is the right time to once again appeal personally to Abdulhak to return to the UK. If he thought that this case would diminish, or that his wanted status would change over time, then this anniversary demonstrates our resolve and that of the Magnussen family to continue to seek justice for Martine."

The Singer in the Suitcase

Meanwhile it took 12 years to convict the murderer of a singer whose body was found in a suitcase at Heathrow Airport in 1999. Kuwait Airways attendant, Youssef Wahid was jailed for life in 2011 for killing cabaret singer Fatima Kama.

Man jailed for the murder of Fatima Kama, whose body was found in a suitcase at Heathrow in 1999 http://t.co/C0NowPAA

Wahid stuffed her body in a suitcase and took it by taxi to the airport. He abandoned the bag which was reported to police but by the time they had identified Fatima, Wahid had fled to Beirut. Wahid later disappeared, possibly to Saudi Arabia but was found guilty by a Lebanese court and sentenced him to death in absentia in 2001.

A decade later Wahid was tracked down to Bahrain and extradited back to the UK, the first time anyone had been extradited from Bahrain. London Met's manhunt had lasted over a decade — however Fatima's mother said "it's as if she died yesterday."

Yousseff Wahid (1st person extradited from Bahrain to UK) convicted of murdering Fatima Kama, whose body was found in suitcase at H'row 1999

In one of Britain's best known missing murderer cases, John Bingham, Lord Lucan, vanished for more than 40 years after murdering the family nanny thinking she was his wife. Lady Lucan narrowly escaped despite his bludgeoning her with lead piping.

A cheque Lord Lucan wrote on 14.11.1973 for £400 cash to himself. The cashier was told not to pay due to exacerbated overdraft:"Orders not to pay". Just over a year later on 7.11.1974 following the murder of Mrs Sandra Rivett, #LordLucan was to disappear never to be found again! pic.twitter.com/fdguVDjGJg

The fugitive Lord Lucan had apparently been spotted in Greece, New Zealand and Botswana. Lucan became, in absentia, the last person in Britain to be declared a murderer by an inquest jury, a death certificate was issued in 2016 after a High Court judge ruled he is presumed to be dead.

READ MORE: Lord Lucan Mystery Goes to the Grave as his 80-Year-Old Wife Dies in London