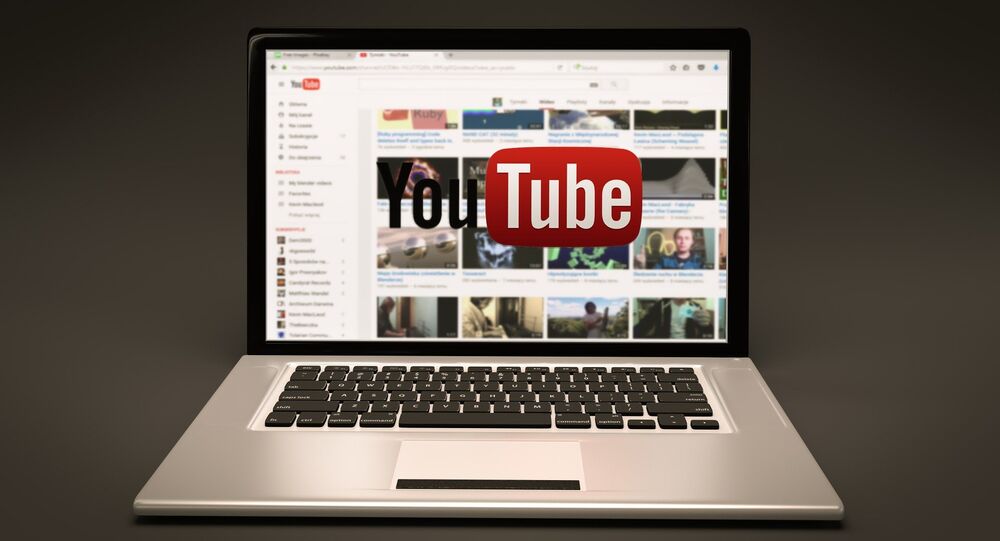 A campaign against Google and YouTube by major Swedish newspapers, calling for a purge of "hate-promoting" material, including historical Nazi German propaganda films, has been met with criticism and triggered censorship concern.

A major opinion piece penned by David Baas of Expressen, one of Sweden's most popular newspapers, and published on Wednesday, regretted that YouTube "contributed to the spread of Holocaust-denying materials and anti-Semitic film material," urging the media giant to remove some of its content.

One of the films that Expressen wants to remove from YouTube is the anti-Semitic propaganda film "Der Ewige Jude" ("The Eternal Jew") released by Nazi Germany in 1940. The film is world-famous and is often studied as one of the prime examples of historical propaganda.

In the past two weeks, Dagens Nyheter and Expressen, both owned by the Bonniers media tycoon family, have incessantly pushed for Google to remove political content described as "promoting hate." Following the pressure, Google chose to remove the YouTube channel Granskning Sverige ("Review Sweden") run by a right-wing independent journalist group with the same name.

On social media, however, many users argued that Swedish media may have gone too far in their pursuit of historic censorship.

"Expressen has completely lost it. They are now opposed to the source of historical sources on YouTube," Andreas Ericsson former director of the Neo magazine and former chief of the Timbro think-tank, tweeted. "What's the next step, Google may not link to propaganda posters?" he asked rhetorically. "Dagens Nyheter/Express's campaign now becomes directly anti-intellectual and so more dangerous. If we are not allowed to learn about the mistakes of the past today, we will risk repeating them any time soon," Ericsson tweeted.

​"Yeah-yeah. Go ahead, you. Good luck with censoring the Internet! Certainly you need to fight off perverts, but the one who wants to make censorship a main method goes down an extremely dangerous road. Finally you'll get censored too," user Hakan tweeted.

​In a subsequent opinion piece published by Expressen, Google chief lawyer David Price pointed out that Google was a firm believer in the principle of a free and open web, as a richer assortment of information generally means a broader choice for the general public.

Price also wrote that Google is constantly working to refine and improve its search engine, fine-tuning its algorithms to remove "dubious" content.

"We have made it a high priority for our developers to roll out a full Swedish version of that system as soon as possible," Price wrote.

This made Swedish users see red.

"What exactly is meant by a "Swedish" version? One that shows an edited and Bonniers-painted picture of reality? Maybe a version, where Hitler, Stalin and Pol Pot have been erased and replaced with flowers and cinnamon buns?" writer, journalist and blogger Katerina Janouch wrote wryly.

​"Can you just remove Expressen from Google?" another user asked quizzically.

Bonnier AB is a privately-held Swedish media group of 175 companies operating in 15 countries, including Scandinavia, the Baltic States and Germany.