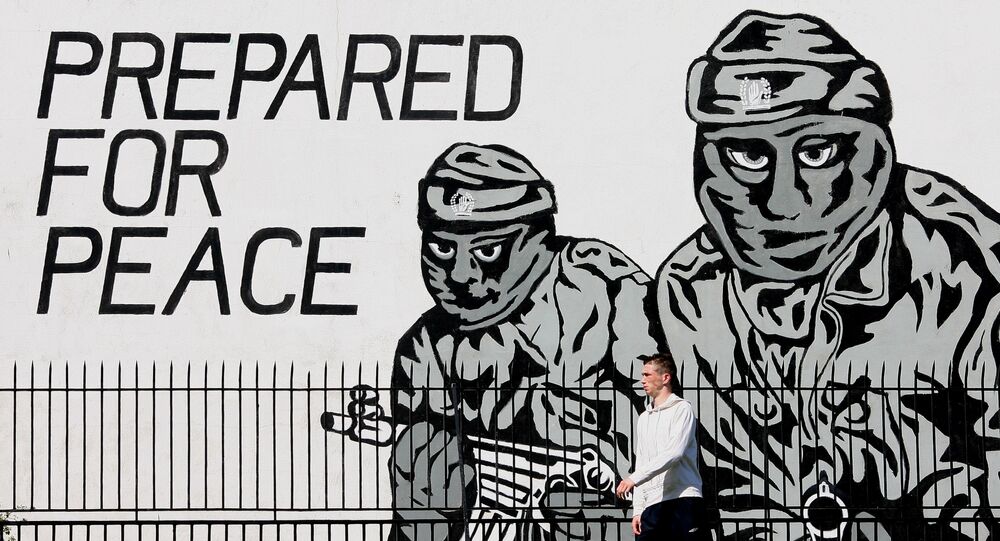 The Police Service of Northern Ireland (PSNI) revealed Monday that such politically motivated beatings and shootings had increased from 64 incidents in 2013 to 101 in 2017.

Most of the shooting attacks were carried out by the descendant organizations of the Irish Republican Army (IRA), a Catholic insurgent group who waged an urban guerrilla war against the British government in favor of a united Irish republic after the 1922 peace treaty separating Northern Ireland from the newly independent Irish Free State. Twenty-four of 27 shooting attacks were conducted by the Real IRA, Continuity IRA and other republican splinter groups.

The IRA attacks in question are called "punishment" attacks because they typically target members of the attackers' own community who have engaged in alleged criminal or antisocial behavior. Those attacked are often accused of crimes such as drug dealing or car theft.

On the other side of the coin are Protestant Ulster unionist paramilitaries who wish for Northern Ireland to remain part of the UK. Groups like the Ulster Volunteer Force and Ulster Defence Association conducted 34 punishment beatings in 2013 and 57 in 2017.

PSNI Chief Constable George Hamilton added that in some instances, families would drug victims beforehand to dull the pain of the vigilante beating or shooting they were to receive. "By colluding in this they [the parents] are hoping to negotiate less severe beatings or shootings. There is something madly wrong with society whenever parents even countenance doing that with their own children," he told The Guardian.

He added that mistrust for the Northern Irish government was driving these communities to use paramilitary groups to dispense vigilante justice. "You have a culture of lawlessness and fear in some of these communities where the victims know who is shooting them; the parent knows who is shooting their child," Hamilton said. "Sometimes parents are negotiating with these thugs to take the kid to certain places by arrangement."

He went on to add that the paramilitaries were good at covering their tracks and that victims rarely cooperated with police investigations.

Northern Ireland's Commissioner for Children and Young People Koulla Yiasouma added that most victims of the attacks were young men, with some being children. "Through talking with young people affected by this, I know their reality of life is often that of fear, poverty, intimidation, substance abuse or addiction, mental [illness] and a lack of confidence in their police and other statutory services — these are some of the most vulnerable children in our society," she told Belfast Live.

"Communities that are terrorized by these assaults are the ones that are facing deep and complex issues and whilst it may take time to address, the behavior of these criminal gangs must end immediately."

The Troubles ended with the 1998 Good Friday Agreement, which, while it kept Northern Ireland in the United Kingdom, increased its independence from London. Another agreement, the St. Andrew's Agreement of 2006, proclaimed the PSNI as the sole policing body of Northern Ireland.

Ex-Party Leader on N Ireland Issue: UK's May Should Stop 'Pussyfooting Around'