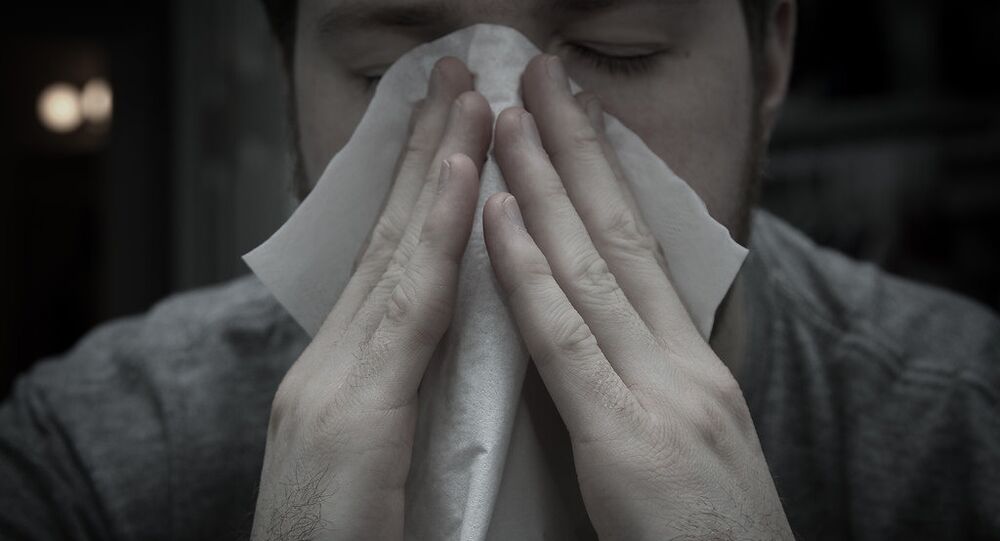 Sick men are often blamed for histrionics and are accused of disproportionately exaggerating the symptoms of a common cold. According to a study released by the Stress Research Institute, "man flu" is no fake; at least, it isn't necessarily a plea for attention.

The notion of "man flu" refers to the idea of men having a cold deliberately exaggerating the unpleasant symptoms. While the scientific basis of this phenomenon remains debatable, Swedish researchers have spoken in defense of "mankind," Finnish national broadcaster Yle reported.

The study published by the Stress Research Institute in Stockholm has found that there actually may be a grain of truth in men's loud complaints over the symptoms of common cold, such as fever and malaise. The researchers wanted to have a closer look at how men and women communicate when they get sick and got interesting results.

"Men don't whine more openly, but on the other hand they seem to sigh more often and take deeper breaths," John Axelsson of the Stress Research Institute told Yle.

In the study, 22 participants were injected with traces of a bacterium that triggered their immune system and caused them to feel sick.

Axelsson stated that the deep sighs and the heavy breathing are a physiological way for humans to suppress pain.

"At the same time, it's a way of communicating that you need some attention," Axelsson stressed.

The study in question was carried out in a hospital environment, where help and assistance from nurses and personnel was available at short notice.

"It's possible that complaints get more verbal once you spend longer in an environment where attention isn't given immediately," Axelsson explained.

According to Axelsson, there is a lot that indicates that women's immune systems react more strongly to various diseases than men's. Nevertheless, he and his team are wary to draw drastic conclusions. By Axelsson's own admission, men's complaints may still be more of a "learned behavior" than a physiological fact.

They say that #ManFlu is a real thing, that men fare worse when they’re sick. You know what else is real? Mom Flu, where you have the flu but still have to do everything you normally do.

​Axelsson argued that in order to conclusively prove or disprove man flu, more extensive research is required, such as filming sick people in their natural environments and comparing the footage to when they are not sick.

"Establishing whether 'man flu' is a fact is not super important from a scientific perspective," Axelsson said, venturing that getting a better understanding of how symptoms are communicated is by far more important for healthcare professionals to provide the right support.