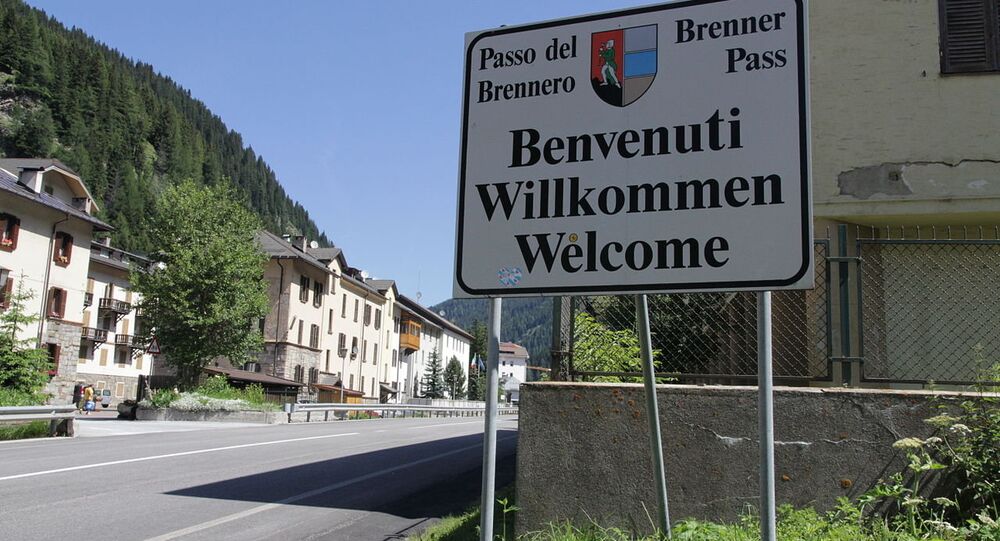 MOSCOW (Sputnik) - The Freedom Party of Austria (FPO) congratulated Italy’s Lega party on achieving great results in the election, expressing hope that both parties would succeed in closing the Brenner Pass on the Italian-Austrian border, a migrant route in the eastern Alps, Roman Haider, the FPO’s foreign policy spokesman, told Sputnik on Monday.

"It is a great victory for our Italian partners! Congratulations! We now hope for a change in the fatal Italian migration policy. Since the closing of the Balkan route by Austria and Hungary, thousands of mainly African illegal migrants are overstepping the Austrian border at the ‘Brenner.’ We really expect an effective closing of that route," Haider said.

According to the spokesman, Austria has seen a large influx of undocumented migrants, who cross the Austrian-Italian border in the eastern Alps region on their way to Germany. Haider estimated that approximately 5,000 migrants were crossing into Austria though the Brenner Pass every month.

© Sputnik / Natalia Seliverstova
A Handful of Scenarios for Italian Coalition Gov't Following Elections – Analyst
Haider stated that his party also expected their Italian partners in Lega to support the FPO’s proposal to offer the Austrian citizenship to people living in the South Tyrol region of north Italy.

The center-right coalition, consisting of Lega, former Prime Minister Silvio Berlusconi's Forza Italia, right-wing Brothers of Italy and the Us with Italy party, won 37.48 percent of the vote in the upper house and 36.96 percent in the lower house. Lega won more than 17 percent in both chambers of the Italian parliament. The anti-establishment Five Star Movement (M5S) is leading with over 32 percent — the best result achieved by a separate party.