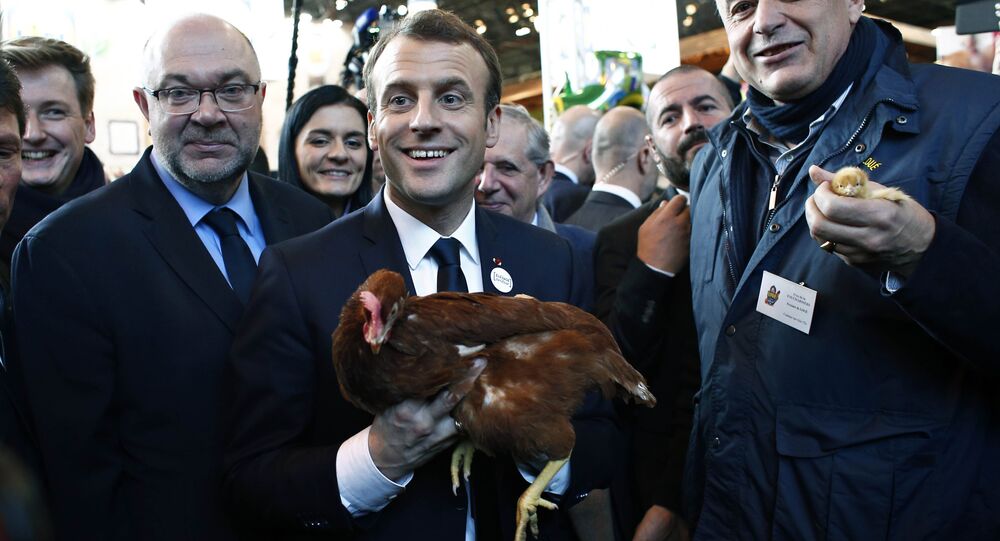 The French President has taken the heat at the annual Paris International Agricultural Show, as farmers and activists angry with the government’s trade and agricultural policies came to the event to blow off steam.

Emmanuel Macron was met with heckles and boos during his first appearance as President at an agricultural show and trade fair that French politicians occasionally use to reach out to the public to promote their political agenda.

As activists from the vegan and animal group "269 Life France" staged a demonstration against the President during the fair, farmers spoke loudly against producer prices, trade talks with Mercosur (A South American trade bloc that includes Brazil, Argentina, Uruguay and Paraguay) and the purchase of French land by China.

​​The French President then apparently tried to take advantage of the situation, engaging in a heated debate with hecklers in an attempt to clarify his policies in front of TV cameras.

"I saw people 500 meters away, whistling at me," Macron said, referring to a number of cereal producers protesting against a planned EU-Mercosur trade bloc and the crackdown on glyphosate, a pesticide used to kill weeds.

"I broke with the plan and with the rules and headed straight to them, and they stopped whistling," he told reporters.

​At the end of the tough talk with cereal producers, Macron promised that "no one will be left without a solution," despite being apparently ruffled by his opponents.

Upon finishing arguments with farmers, the French President got a red hen as a present and returned to the Elysee Palace.

The widely publicized agricultural show can be a tough experience for French leaders. Ex-President Nicolas Sarkozy insulted a visitor to the fair who refused to shake hands with him during his fair debut.  The video of the incident has become viral and haunted the former French President throughout his tenure.