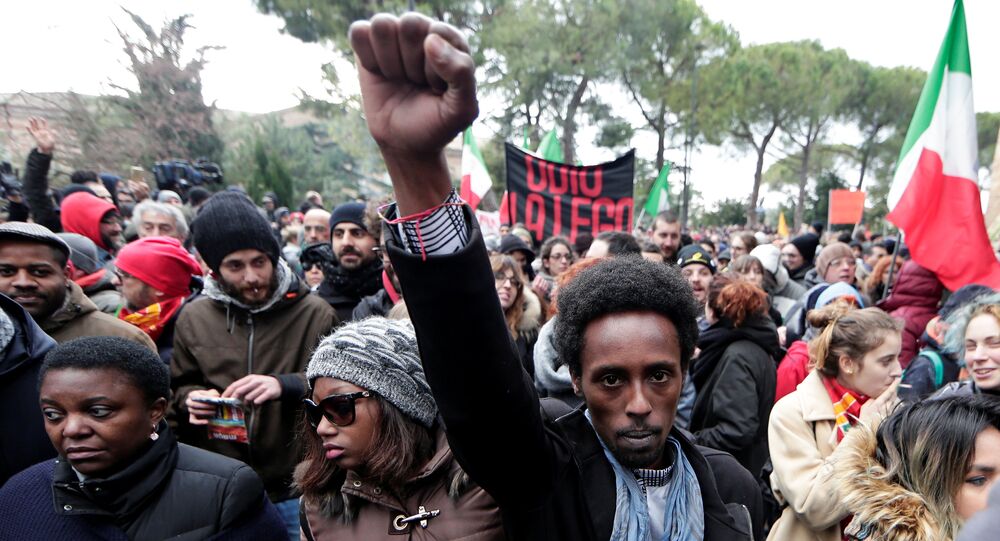 Italians will go to the polls on March 4 in elections that could change the course of European politics, prompting some film-makers to humorously satirize the polarized state of the country.

Italian film producers have released a satirical "mockumentary" depicting the return to politics of the country's war-time fascist dictator Benito Mussolini. Entitled "Sono Torneto" meaning "I'm Back," the film is an Italian version of a German comedy from 2015 called "Er Ist Wieder Da," or "He's Back Again," parodying Adolf Hitler and his fictional return to German politics in the present day.

The film's director Luca Miniero in statements to the Italian newspaper La Repubblica opined that if Mussolini was alive today he would win power in an election but would lose it within two years.

Large-scale immigration to Italy since 2015 has increasingly polarized the society, seeing the rise in popularity of various right-wing parties campaigning on a platform of anti-immigration. In local elections in December 2017, the north of the country was swept by the Lega Nord party, which has called for increased autonomy for the country's more prosperous north from the poorer regions of the south.

The issue has driven increasing Euroscepticism in the country, raising fears among many European observers that a political upset in Italy could prove to be the next shock to the European Union and one as serious as the decision of the British public to leave the bloc in 2016.