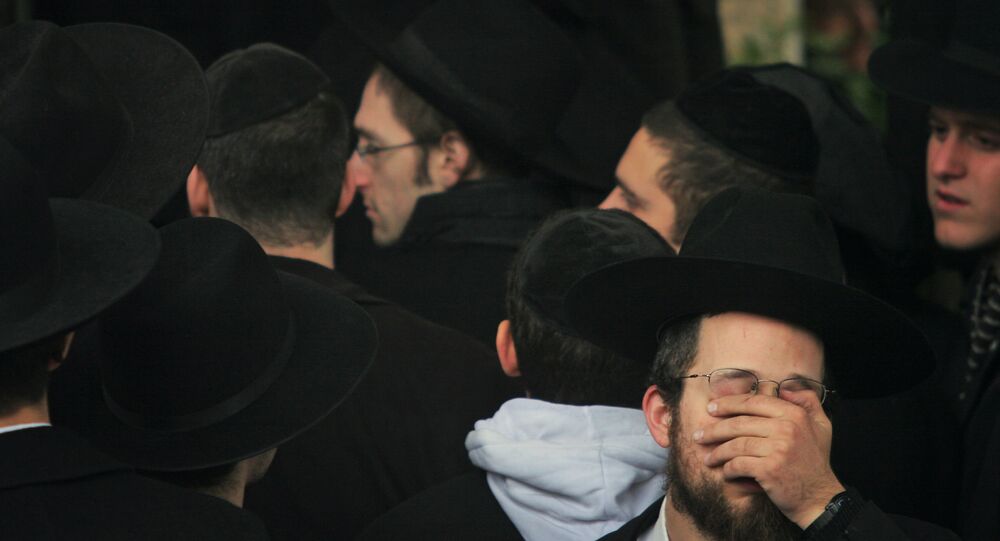 Anti-Semitism is growing in Poland, Jewish groups in the country have warned. In an open letter, they say they are afraid for their physical wellbeing in the country.

Jewish organizations in Poland issued an open statement on Monday, expressing anger over "the growing wave of intolerance, xenophobia, and anti-Semitism in Poland," noting that "hate speech has escaped the confines of the Internet to infiltrate the public sphere."

The open letter, published on the website of the Union of Jewish Communities in Poland, comes two weeks after the Polish president signed into law a bill that imposes jail terms for suggesting the country was complicit in the Holocaust or using the phrase "Polish death camps".

"If Poland's government believes that even sporadic mentions of "Polish Death Camps" must be criminalized, certainly the rising intolerance and anti-Semitic hatred in our country should be subject to similarly serious measures."

The statement also calls for actions, not just words from Polish politicians, to make Jews feel safe in Poland.

"It is unacceptable for Poland's leaders to merely state that anti-Semitism is wrong without recognizing publically that it is a dangerous, growing problem in our country today. We receive authorities' inaction as tacit consent for hatred directed toward the Jewish community and call upon Polish leadership to punish those whose actions threaten our wellbeing."

READ MORE: Jews Collaborating With Nazis During the Holocaust is Confirmed Fact — Warsaw

The open statement has drawn attention on social media, with some approving it and some criticizing the letter.

Right. Where do they feel safe then? 🙄

Well they can always go to Germany, Belgium, France or Sweden for reality check. And then come back and be geatful Polish citizens where no one attacks or insults Israeli embassy

Nobody forces them to stay in Poland. The borders are open. Their place is in Israel!

It's insensitive to say leave the only home you've known all your life moving to a foreign country. My ancestral home is Norway, but I have no desire to move there. They're brave to stand against this hate. I pray their G-d rescues them from harm. May they have peace. #Israel

The Polish Jewish groups also voiced their solidarity with other "victims of Poland's current hateful climate." Saying they "feel shame" for Poland.

"We stand in solidarity with all people in Poland who experience hostility and discrimination, including Roma, Muslims, refugees, people of color, Ukrainians, and members of other national, ethnic, religious, and sexual minorities."

On February 6  Polish President Andrzej Duda signed amendments to the law on the Institute of National Remembrance or the so-called Holocaust bill. The new legislation allows the government to jail anyone for up to three years for suggesting that Poles or Poland had any involvement in Nazi war crimes committed during World War II and prohibits the use of the expression "Polish death camps".

The new amendments have been met with criticism in Israel and Jewish communities and groups across Europe, saying that Poland is trying to rewrite history, but President Duda maintains that the law would prevent Poles and Poland from wrongly being accused of involvement in Nazi crimes.