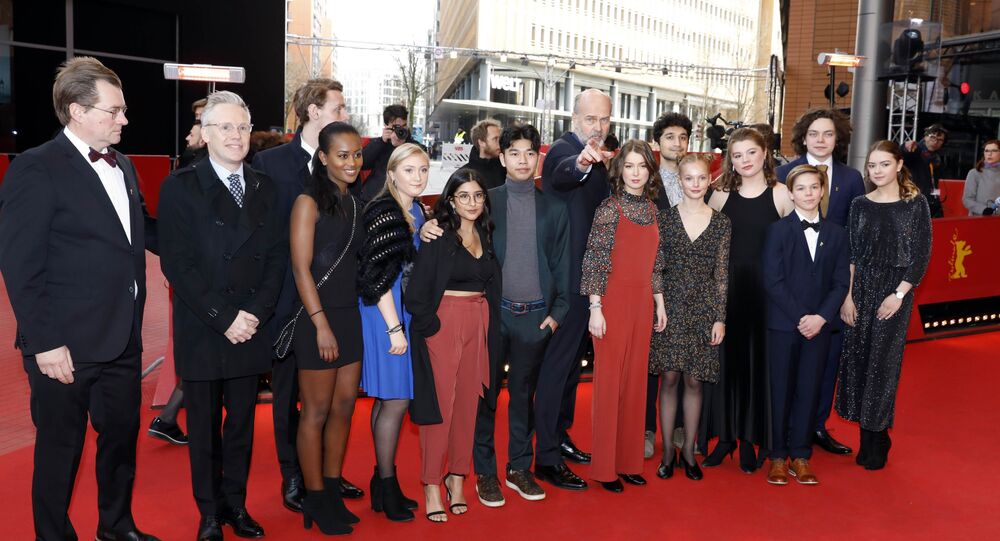 The graphic reenactment of the worst carnage in Norway's modern history, which claimed 69 lives, has evoked visceral emotions among cinema connoisseurs and Utøya survivors alike.

"Utøya July 22," a film by Erik Poppe about Anders Behring Breivik's massacre divided the Norwegian nation while it was still in the making. After its premiere during the Berlin Film Festival, it left the international public equally divided.

Poppe stressed during the press conference after the premiere that his goal was to remind the world of what he described as the rising threat of "right-wing extremism" in Europe, the Dagens Næringsliv daily reported.

The film starts 12 minutes before Breivik's first shot on Utøya, where it follows 18-year-old Kaja, who is looking for her little sister. The remaining 72 minutes were recorded as one continuous scene, which demanded a lot of traumatic rehearsal.

"Many shared the experience that the time on the island felt like an eternity. In order to convey some of that experience to the audience, I wanted to do everything in one take, without resorting to classical cinematic instruments like clipping and music, but rather depict it minute by minute," Poppe explained to the national broadcaster NRK.

© AFP 2021 / Tore MEEK / NTB Scanpix
Too Soon: Netflix's Anders Breivik Epic Needles Norwegians
In the course of working on the film, Poppe maintained a close dialogue with Utøya survivors and their relatives, admitting that the format made the recording extra demanding. The recording put the staff under extra strain, despite access to psychological care.

According to Poppe, the Utøya survivors were the first to see the film. By his own admission, the feedback was mixed, although most people thought it was only right to make the movie. Poppe conceded that he had full understanding for those who contended that the time was not right for such a movie or that it wasn't meant for everyone. He explained, though, it was made specifically to refresh the collective memory about what actually happened on July 22, 2011.

"The goal was to get the story back to those who own it. It depicts an almost incomprehensible tragedy. It did not feel right to pick one or a few single stories, but rather depict it as a fiction," Poppe explained.

By Poppe's own admission, the crew was proud of the result and pleased with the majority of feedback from survivors and their relatives.

According to the leader of the July 22 Support Group Lisbeth, Kristine Røyneland, "Utøya July 22" gave a picture of terror worth more than a thousand words and therefore deserved international attention. At the same time, she admitted that it could be a heavy experience for many.

"Those of us whose children were killed or injured on Utøya already had our own movies spinning in our heads. It's therefore both good and bad to see Erik Poppe's movie, and I spent several days working on it," Røyneland told NRK.

Kjetil Lismoen of the Aftenposten daily described "Utøya July 22"as a "strong encounter," that sidesteps the terrorist's, personality but offers an impressive and totally unknown cast.

​Film journalist Redmond Bacon suggested "Utøya July 22" was a "devastating slice of pure cinema" and his favorite film of the #Berlinale.

Utøya 22. juli is devastating slice of pure cinema. Empathetic and visceral, my favourite film of the #berlinale so far

​The coming years are expected to witness a torrent of films about the Utøya massacre.

"Norway," a drama by British director Paul Greengrass, based on Åsne Seierstad's book "One of us," features interwoven stories of survivors trying to rebuild their lives, Norway's political leadership steering the nation through the crisis and Breivik's lawyers.

"Reconstructing Utøya" is a documentary by Swedish director Carl Javér, which tells the stories of five Utøya survivors.

"July 22" is a six-episode drama series by Sara Johansen and Pål Sletaune dealing with people affected by the massacre.