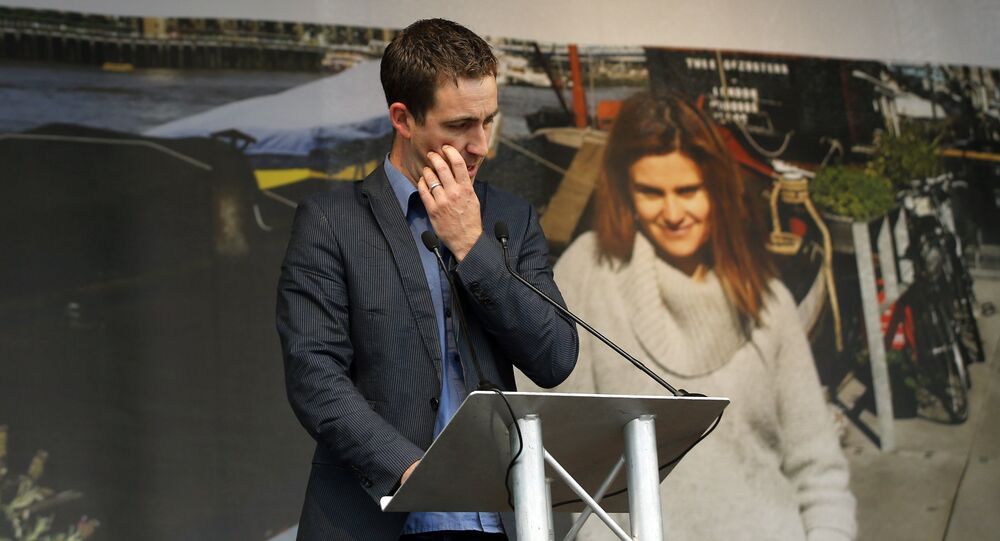 The murder of British MP Joe Cox, which happened in 2016, shocked politicians and many ordinary Britons. She died in the hospital from knife and gunshot wounds, becoming the first member of UK parliament being killed in 26 years.

Her husband, Brendan Cox, however, has had to leave the two charities he set up in the memory of his wife, due to sexual assault allegations. He has left his posts at More in Common and the Jo Cox Foundation.

He said in a statement issued on Saturday: "While I do not accept the allegations contained in the 2015 complaint to the police in Cambridge, Massachusetts, I do acknowledge and understand that during my time at Save the Children I made mistakes."

A former colleague from Save the Children made accusations about his conduct, which was published in the Mail.

Cox denied the allegations and called them a "massive exaggeration", but admitted that his behavior had made "people feel uncomfortable."

"I want to apologise deeply and unreservedly for my past behavior and for the hurt and offense that I have caused," Cox said.

Social media users rushed to comment on Brendan Cox's decision to exit his posts, with the public being divided over the allegations of his sexual misconduct.

Thinking of Jo Cox today, and also of the women allegedly harassed by Brendan Cox, who must be feeling ongoing agony at having their cases unresolved. It’s right that he’s stood down from the charities he set up in her name.

Very troubling that female Labour MPs are defending Brendan Cox. I’m sure the women he harassed will have a different view

Brendan Cox has said the allegations are tough and he’s finding it very difficult to tweet about it. You’ll find it easier if you let go of the woman’s throat.