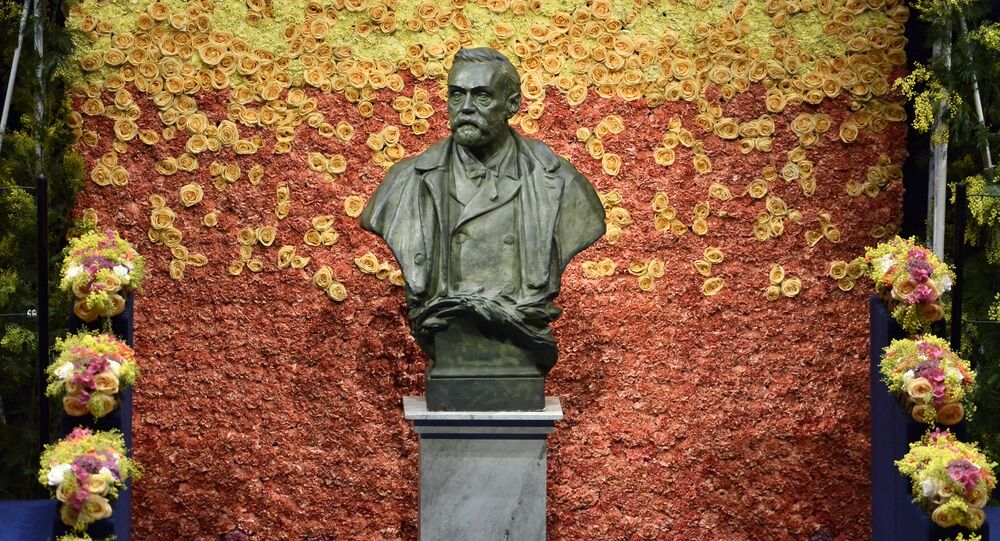 Too many men and too few women winning the Nobel Prize is a problem - at least for the Nobel Foundation and the committees responsible for awarding the prizes, who are poised to challenge the procedures in order to increase gender diversity among laureates.

According to Nobel Foundation chairman Carl-Henrik Heldin, the proposals are aimed to promote female candidates, which, in turn, is expected to result in more female laureates.

"It turns out that if one candidate is nominated, it most often is a man. If three candidates are nominated instead, the chances of nominating women are significantly higher," Heldin explained.

© CC BY 2.0 / Carles Tomás Martí / KTH Valhallavägen
'Girl, You'll Be a Woman Soon': Swedish 'Virgin Street' Renamed to Avoid Sexism
At present, each prize-giving committee receives between 3,000 and 5,000 candidates for nomination, of which the percentage of women is low, Heldin clarified, promising steps to rectify the gender balance.

The measures are seen as a response to the harsh criticism over "male dominance" directed toward the Swedish Royal Academy of Sciences, which is responsible for the nominations. The permanent secretary of the academy, Göran K. Hansson ensured that the "problem" is being taken seriously and promised steps for a "fairer" treatment of the fairer sex "within five to ten years."

Hansson pointed out that despite steps to encourage more female nominees, most of the present-day laureates have been awarded for scientific breakthroughs that happened many years ago, when fewer women were active in the academic world.

So far, only fifteen women have received the Nobel Prize in science, of whom Marie Curie had the distinction of being the only two-time female laureate (1903 and 1911). While "patriarchal structures" and "systemic discrimination" are the most common argument for the underrepresentation of women, other explanations include differences in career paths and even IQ.

Evolutionary psychologist Satoshi Kanazawa pointed out in Psychology Today that men in adulthood tend to benefit from a small but significant IQ gap of 3-5 points. By contrast, girls have higher IQs in childhood, because they mature faster than boys.

Another explanation for men's overrepresentation in leading research is the intelligence "bell curve," which means that IQ levels among men are more varied, with more men having both high and low intelligence compared with women.

​A European study indicated that male and female researchers had different types of partners. While male scientists more often sided with stay-at-home partners taking care of the family, female researchers were more likely to have another researcher for a spouse, thus experiencing a greater need for "family-friendly" practices.

Alfred Nobel, the founder of the Nobel Prize, stated in his testament that the prizes be awarded to "those who shall have conferred the greatest benefit to mankind." While he specifically marked that "no consideration be given to the nationality of the candidates" for the "most worthy" to receive the prize, he made no specifications about the gender of the laureates.