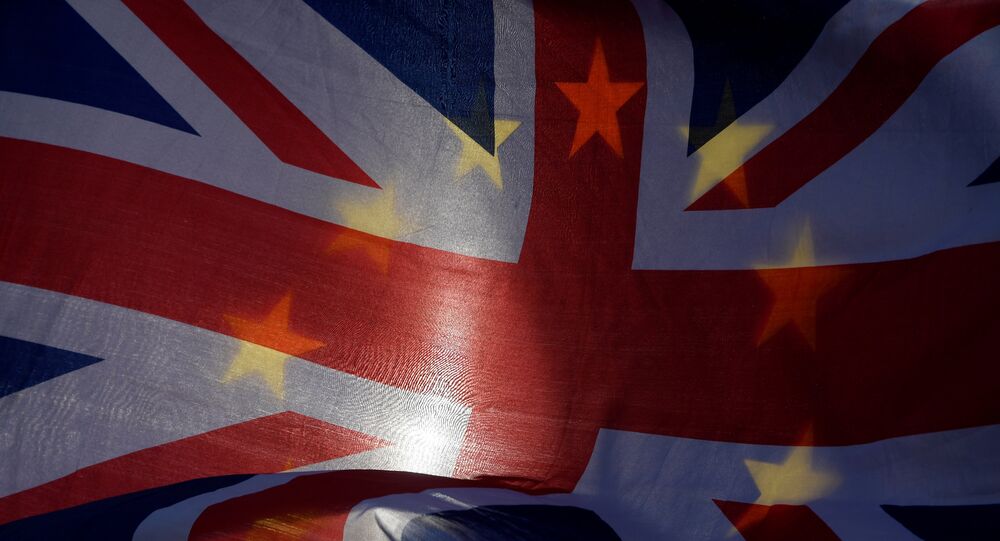 Prime Minister Theresa May is facing growing pressure from her fellow Conservatives Party members to clarify her position on Brexit, to stand up for the country’s interest in the ongoing divorce talks with Brussels.

John Hall, one of the Conservative Party’s main donors, warns of a crushing defeat the Tories could face in upcoming elections unless the Prime Minister makes clear where she wants to take the country and shows leadership.

“It is up to Theresa now to convince everybody that she can be the leader who can stay. I think that’s the way most people in the party are looking at it. Show us your leadership. This is the time to stand up and show it,” Hall who has donated more  than  half a million  pounds to the Conservative Party since 2007 and helped fund Theresa May’s snap election, said in an interview with the Observer.

© REUTERS / Neil Hall
UK, EU to Agree on Brexit Transition Deal in 7 Weeks - Prime Minister May
John Hall, who voted for Britain to remain in the EU, also said he would now back May walking away from Brexit negotiations if she believed the EU was trying to “blackmail” Britain.”

He also voiced his concern about the lack of a domestic agenda and called on May to back “capitalism with a social conscience.”

In January, Chancellor of the Exchequer Philip Hammond, Brexit Secretary David Davis and Business Secretary Greg Clark said that Britain would maintain continuity with EU regulations during the post-Brexit transition period and that Britain’s access to EU markets would continue on current terms from March 2019 for “around two years.”

London has about a year to hammer out an agreement on future relations with the EU, which will have to be ratified by the EU member nations and the UK Parliament, before Britain leaves the bloc in March 2019.