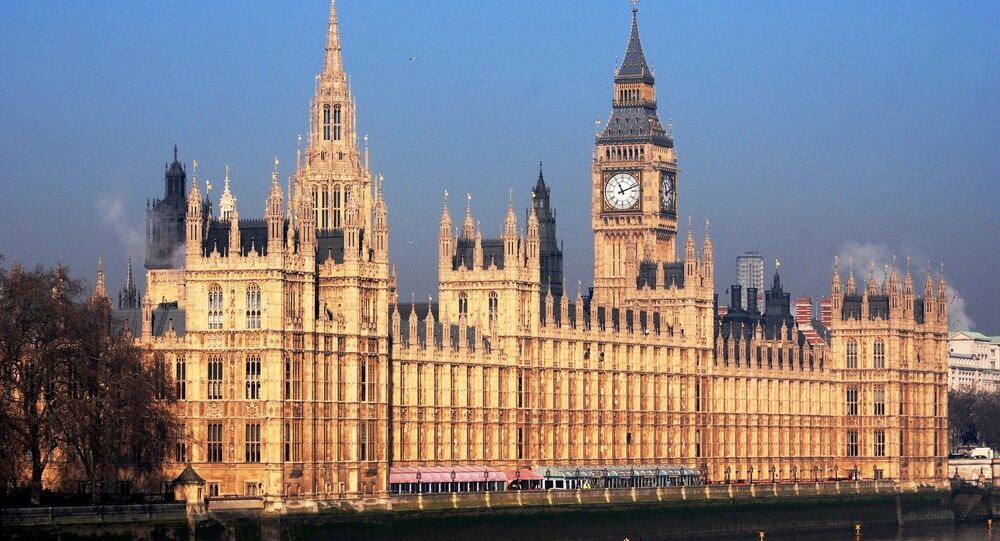 Freemasonry, the oldest fraternal organization founded in England, has long been seen as a shadowy society, accused of plotting to take over the world.

The Guardian report suggests that two Masonic lodges are covertly operating at Westminster, with the New Welcome Freemasons’ Lodge established for members of parliament, peers and parliamentary staff, and the Gallery Lodge set up for the political press corps, known as the lobby. There is also a third lodge, called the Alfred Robbins Lodge, also created for journalists, which continues to meet on a regular basis in London.

According to the report, while identities of the fraternity members remain unknown outside their secret society, some journalists, affiliated with the lobby at Westminster, are apparently aware of the existence of Gallery Lodge.

READ MORE: 'It's Just a Matter of Time' — Cybersecurity Expert Warns About Cyber 9/11

David Staples, the chief executive of the United Grand Lodge of England (UGLE), the governing body for Freemasons in England and Wales, stated that there wasn’t any incompatibility between being a journalist and being a Freemason.

“Contrary to populist perception, being a Freemason helps those members in roles serving society in the broader sense, including journalists, politicians, policemen and lawyers, to be better in those jobs by encouraging them to act as better people themselves. Their membership is a positive for both them as individuals, and for society at large,” he said.

Staples shared his views on the reasons for keeping membership  secret, saying that more Freemasons would stop operating “undercover” if they were not afraid of being judged or treated unfairly.

“There should be no conflict between an individual choosing whether to declare their membership or not with that individual’s ability to do their job well. But there is, because some choose to believe otherwise, and some of our detractors are doing so based on nothing other than blind prejudice.”

In December 2017, then-chair of the Police Federation, Steve White, made a statement, claiming that reform in policing is being hampered by Freemasons, who had been thwarting the progress of women and people from black and minority ethnic groups.

Staples, for his part, stepped out of the shadows to send a letter to national papers, saying that masons were being discriminated against.

© AP Photo / Virginia Mayo
'PM May Wants the Best of Both Worlds, an Impossible Compromise to Make' - Analyst

“We are quietly proud that throughout history, when people have suffered discrimination both in public and social life, Freemasonry has welcomed them into our lodges as equals. It is a shame that Freemasons are now quite openly discriminated against and that too many of our members, therefore, feel the need to keep their membership to themselves.”

Members of parliament, peers and political journalists are not obliged to disclose their freemasonry membership, although they can do that voluntarily. The New Welcome Lodge is said to have about 30 to 40 members of whom only four are understood to be MPs, while none are peers.

Freemasonry or Masonry, the largest and most widely recognized fraternal organization in the world, was founded in London, England in 1717. Its origins can be traced back to the brotherhoods of medieval stonemasons, who used secret words and symbols to recognize each other’s legitimacy. Champions of conspiracy theories believe that Freemasons operate “undercover” so that they can conceal the way in which they assist each other in business.